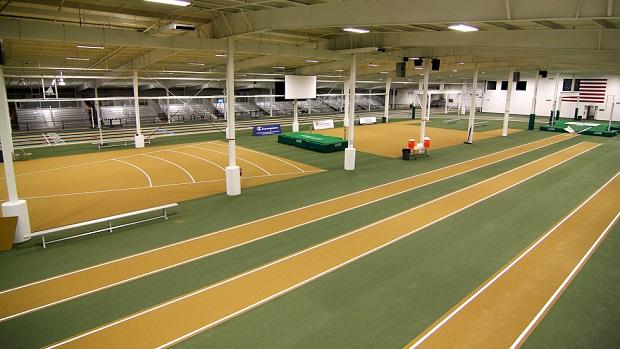 North Carolina has a long and rich history in cross country and track & field, going back over 100 years for track and 70 years for boys' cross country (girls first competed in cross country in 1981). One thing has been lacking in a state that has such vibrant community for this sport and has seen so many national-caliber and even world-class performances: a Hall of Fame. We have always lacked a way to permanently recognize the great athletes, coaches, officials, and media members who have made the sports what they are in our state. Now that vacancy has been filled, through the efforts of

The North Carolina High School Cross Country and Track & Field will be housed at JDL Fast Track. The first class of inductees, detailed below, will be honored with a ceremony at the Mondo Elite Invitational on January 26th. The driving force behind the formation of the Hall committee was Metrolina Christian coach Brett Honeycutt, who is also one of the state's leading historians. He described the thought process that motivated him to take on this task and see it to fruition:

I wanted a way to honor the people who have done so much and accomplished so much for cross country and track in North Carolina because we've had so many great athletes, coaches and people who love and care about the sport and have give so much to the sport. So I thought the Hall of Fame would be a great way to recognize those people, because records can be broken, state championships are the measurement of what someone was able to accomplish during a season, but the Hall of Fame is an honor that recognizes the impact someone made over a longer period of time, the longevity that a coach, official or media member had, or the magnitude or depth of someone's accomplishments, like national records, national awards, or statewide impacts so significant that it would be difficult to not not recognize them. There are a lot of deserving people, but I think our first class is a great first step and honors some athletes, coaches and media who have made some of the most significant impacts we've had in our state.

The first step in making the Hall of Fame a reality was recruiting a committee to nominate and vote on the candidates. Honeycutt did the leg work on this, reaching out to an eventual total of 14 members (including himself), all of them long-time figures in our state's track and cross country scene. Honeycutt said, "I wanted people who loved the sport, knew the sport, knew the history of the sport, respected the history of the sport, were true fans of the sport and have given so much to the sport, because they have so much respect and knowledge for what people have accomplished. In general, I just wanted people who everyone respects as far as what they have given and done for our state as far as cross country and track and field goes."

Here is the press release for the first class of inductees:

The first class of the North Carolina High School Track & Field and Cross Country Hall of Fame will honor athletes, coaches, officials, and media representatives who have significantly impacted the sports on the high school level.

"Over the past 20 or so years, these sports have grown exponentially in North Carolina, and we wanted a way to honor the people from the past who have contributed so much, while also letting the current athletes know who paved the way. That we've had track and field at the high school level for more than 100 years and cross country for nearly 70 years without a Hall of Fame specifically for these sports was mind-boggling, considering that we've had such a high-caliber of athletes, coaches and people who promote the sport in our state." Brett Honeycutt, N.C. High School Track & Field and Cross Country Hall of Fame Founder.