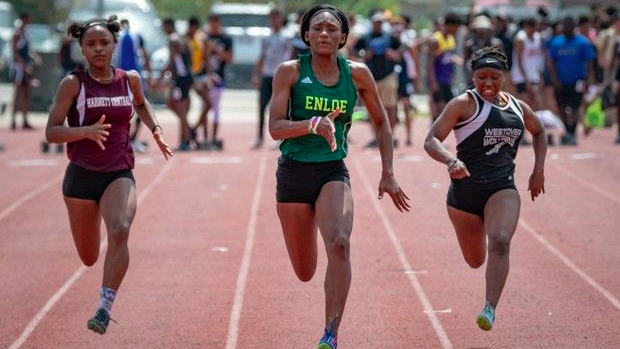 Makhia Jarrett of Enloe had been one of the states top sprinters early on in the indoor season and was a favorite for the NCHSAA 4A State Championship in both the 55m Dash and the 300m.

Last week at the Boo Williams Winter Break Invitational Jarrett debuted in her new uniform of Salem High School.  The Junior has moved to the Virginia Beach area where she'll now compete in the VHSL 5A Classification.  Jarrett's debut was a hit as she won the 200m Dash and placed 4th in a strong 55m Dash field.