McBride had a season-best of 6-10 prior to today and was the third-place finisher at the NCHSAA 4A State Championships.  It shows how strong the High Jump competition is within the state has been this year.

McBride emerged as a star high jumper this indoor season when he jumped a big PR of 6-9.  Just a year ago he jumped in the Emerging Elite section of the National Meet where he took 6th place jumping 6-4.

McBride moved from Apex Friendship to Apex this year due to redistricting in Wake County.  He was able to immediately continue his success even though he had moved to a new school. 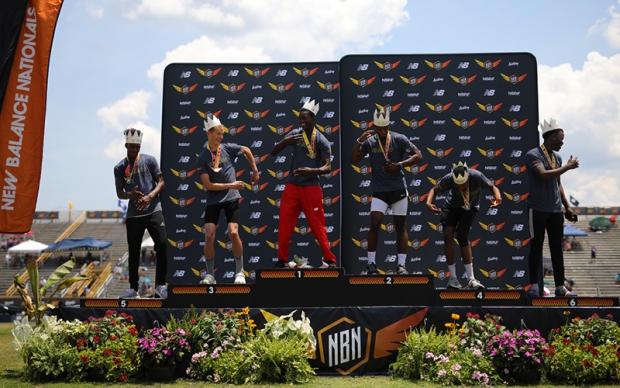 The junior was third at Indoor National Championships where he jumped an indoor state record of 7-0.25.  Though he's still never won a state title, McBride ends his junior year as a national champion.

McBride will continue the outdoor season through the USATF JO Championships back at North Carolina A&T in July.