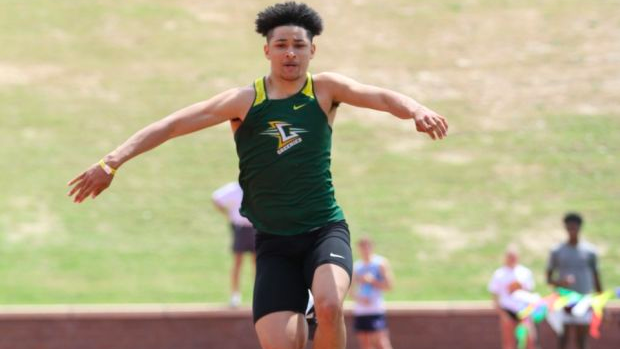 The NCISAA 3A State Championship meet is just one day away, so here are a few events and athletes to look out for over Friday and Saturday.  Last years meet was awesome, but this years meet looks to be even better!  We are expecting some rain on both days, but we should see some legendary battles take place at Ravenscroft.

In the 800m, Molly Firr (Providence Day) comes in with the top seed time of 2:19.03, but she is closely followed by Olivia Frazier (Cary Academy) with a seed time just about one second slower. With Frazier also running the 1600m, Firr's top time in the division throughout the season might be tough to beat.

For the 1600m, Olivia Frazier is the girl to beat with a seed time over 6 seconds faster than the field. Frazier will be fresh for the 1600m, so look for her to improve upon her second place finish from last year.

The 3200m is led by 2017 Cross Country State Champion Lindsey Ickes (FCDS) and Justine Cronk (Providence Day). Both girls have times over 30 seconds faster than the rest of the field throughout the season, so expect them to be leading the pack. Ickes comes in with a slightly faster seed time, but Cronk should put on a good fight to maybe beat Ickes as she did last year.

Olivia Hee (Providence Day) and Sydney Scott (Charlotte Latin) lead the way in the girls 100m and 200m with Hee also competing in the long jump and Scott in the triple jump. With both girls coming in with close times, expect a good battle in each race. It will be interesting to see how Hee handles competing in the long jump, but after doing it all year, the triple should be no problem.  Hee is currently the states top long jumper with a seasons best of 19-4. The two battled a the CISAA Championships with Scott coming out on top in both the 100 and 200 meters.

In the 400m, Virginia Capehart (Durham Academy) and freshman Chloe Kearney (Providence Day) come in with the top two seed times. With the first 5 girls separated by only about one second, it should be a close race either way.

The Girls 4x800 should be a closely contested battle between Cary Academy, Charlotte Country Day, and Ravenscroft-all with times at least 10 seconds faster than the rest.

The Girls 4x200 and 4x100 relays are all led by (in no particular order) Providence Day, Charlotte Country Day, Charlotte Christian, and FCDS. Each school has had fast times throughout the season, but they have all been pretty close, shaping up for a good final.

Finally, expect the Girls 4x400 relay to be a close battle between Durham Academy and Providence Day. It could be an important race to determine the overall team championship.

Zoe Weatherington (Charlotte Country Day) is the name to know in both the shot put and the discus throw-coming in with the top seed distances.  Though she will have a tight battle with Kamryn Graham (Asheville School) in the shot put and Caroline Walters (Metrolina Christian Academy) in the Discus who are not far off Weatherington's 35-9 and 126-2 seasons best.

In the long jump, Olivia Hee leads the way while Sydney Scott leads the way in the triple jump.  Both will be big time favorites in their respective events.  These two girls will likely be battling for the NCISAA 3A Girls Meet MVP.

Praise Idika (Salem Academy) comes into the high jump with a height of 5-05.00, over 5 inches higher than every other competitor.

Lilly Chase (FCDS), Emily Leung (St. Mary's), and Leah Granger (Durham Academy) all come into the pole vault with equal marks of 10-00.00. The three-way competition should be exciting with close marks still from the next few competitors.  Kaitlin Hall (High Point Christian) and Heather Capps (Asheville School) will also expect to contend with seasons best of 9-6.

Noah Dolhare (Providence Day), Coleman Mitchell (Cary Academy), and Ben Mitchell (FCDS) will each be attempting the triple of the 800m, 1600m, and 3200m. Dolhare looks to repeat on his 1600m and 3200m titles from last year.  Dolhare has edged both Coleman and Ben Mitchell in the 3200 the last two years.  This NCISAA Distance rivalry has been incredible to watch the last three years, and we're excited to see how the story ends.

Sophomore Mark Alkins (Durham Academy) comes in with the fastest seed time in the 800m, but the first 6 or so athletes are all within about one second, so expect a battle to the line in that race, especially after many of the athletes compete in the 1600m.  Alkins should be fresh

Dolhare comes in with the fastest seed time in the 1600m closely followed by Coleman Mitchell, Jason Krell (Providence Day), and Ben Mitchell. After many of the runners have competed in the 3200m the night before and likely the 4x800, the 1600m should also be a race to watch with potentially an upset by a fresh runner.

The 3200m is led by Ben Mitchell with close competition by Noah Dolhare and Coleman Mitchell who hasn't really run a fast 3200 this year, so expect to see the two battle closely in this race the evening before the other races.  The NCISAA's future distance stars in Jason Krell, Christian Landis (Providence Day) and Andrew Hammel (Christ School) will look to contend for a top spot this year as well.

DeMarkes Stradford (Charlotte Latin) leads the way in the 100m dash by a good amount as well as the 200m just ahead of Marcus Woods. After running 10.13 at conference last week, Stradford hopes to prove himself to be faster than the 10.44 hand-timed time that was recorded due to a timing error. Expect Stradford to light up the track in the sprints.  Stradford will face off against Alex Lang (NRCA) and Paul Gore (Wake Christian) as he looks to defend his title.

The 400m is led by Logan Jones (Charlotte Christian) with a seed time of 49.58 who is closely followed by 5 others with times within a second of Jones. The 400m dash is definitely a race to watch.  Keep an eye on Keyvaun Cobb (Christ School) and Eddy Sherman (Christ School) who both split 48.xx at the Penn Relays on their 4x400.

The 110m hurdles is led by Aydan White (Christ School), Zack Weekman (NRCA) , and Jed Giller (Charlotte Christian). Look for Weekman and Giller to challenge White for the title.

The 4x100 relay is led by Christ School and Charlotte Christian while Charlotte Country Day and Providence Day should provide a good race in the 4x200 relay.

The 4x800 relay should be one of the closest races at the State Championships with Cary Academy, Providence Day, Durham Academy, and FCDS all coming in with close times throughout the season. Expect a great race and final leg by each school in the boys 4x800m relay.

The 4x400m relay is led by Christ School who, realistically, should have no problem winning the final race.

Garland Wynes Jr. and Jack Stajos are the two to beat in both the shot put and discus throw, with Kevin Wolf most likely providing some good competition in the discus as well.

Kevin Snyder (Christ School) comes into the triple and long jumps with seed marks much longer than every other competitor, so look for the Junior from Christ School to repeat as champion in each event.  Snyder is certainly one of North Carolina's biggest stars.

Jalen Lecque (Christ School) and Henry Rutledge (Charlotte Christian) come into the high jump with the same mark of 6-04.00, so look for an intriguing battle in the high jump.

The pole vault on the boys' side is led by Christian Sodano of Cary Academy with a mark of 13-06.00. Sodano looks to repeat as champion in the pole vault.

The NCISAA 3A Championships start tomorrow (5/17) at 3:00 at Ravenscroft in Raleigh and conclude on Saturday (5/18). See you there with hopefully good weather!