I feel like I could pull out the opening paragraph from last year's 2A state meet recap, and I would only have to make some small edits to it.  That's not actually true, but it's an indication of how consistently excellent the two team champions have been, something that amazes me.  The Cummings girls won their second straight outdoor title; for the North Brunswick boys, this was the third consecutive championship.  That's strong enough, but when you add in the fact that both the Cavaliers and Scorpions have won three straight indoor titles as well, it becomes even more impressive.  Cummings scored 123 points, almost tripling their nearest competition: T.W. Andrews held on for second with 45 points, with North Rowan at 41.  North Brunswick totaled 71 to outdistance Forest Hills by 26 points.  You can see photos of the team award winners below, and then check out the individual and relay highlights on the next two slides! 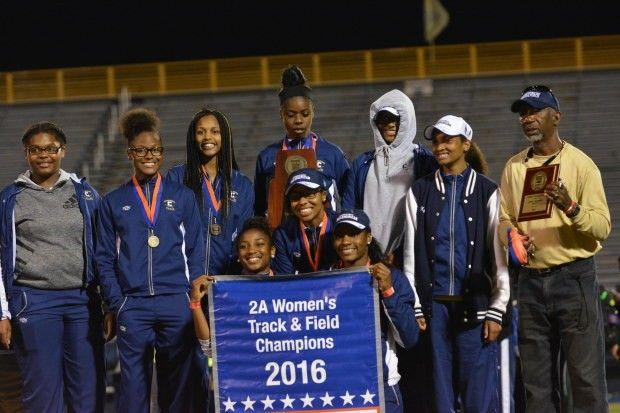 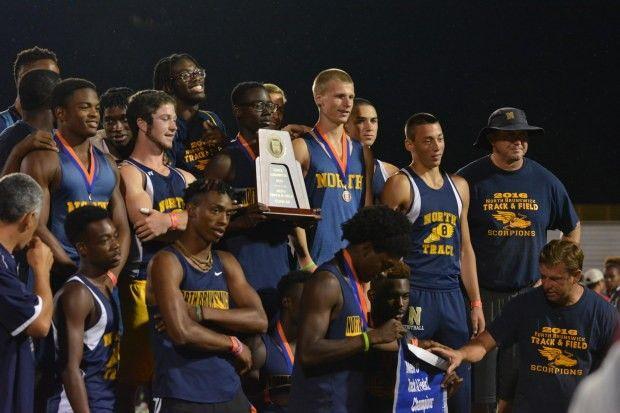 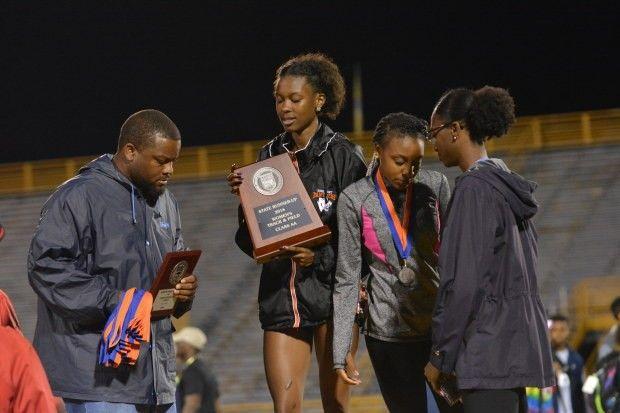 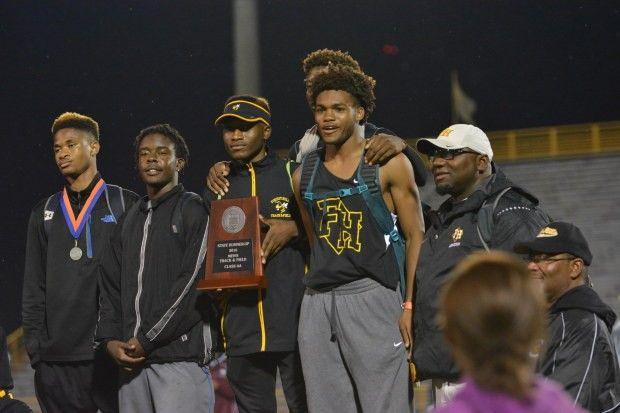