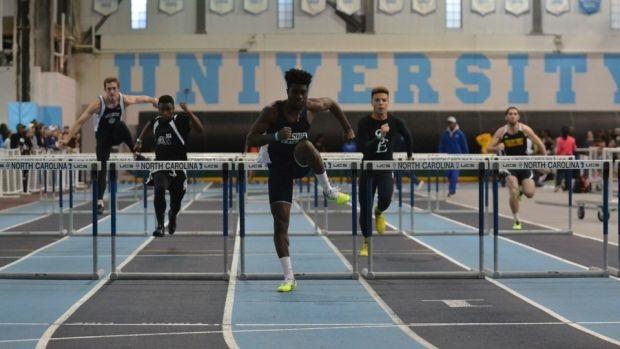 Coming into the season, Hillside's Marcus Krah was the top North Carolina returner in three events: the 55 Hurdles (where he was the #2 returner in the nation), the long jump (US #5), and the triple jump (US #8).  However, we have yet to see him compete indoors this winter, which has been a little unsettling.  That all ends this weekend, though, as he makes his season debut at Eddie Smith Fieldhouse, home of UNC's Dick Taylor Track.

Of course, Krah is not the only big-time athlete competing this weekend.  In fact, the meet is stacked with top talent from North Carolina, as well as a sprinkling of Virginia, Georgia, and Florida just to make things more interesting.  Check out our event-by-event preview below, along with some of the big names to look out for.