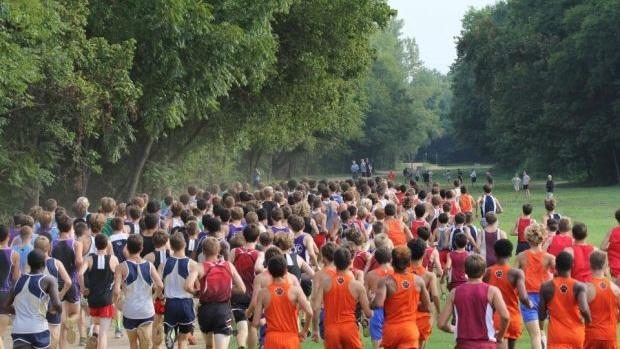 The park that houses a course with a 35-year history and an impact across the entire Southeast has undergone some major changes, but the course itself emerged unscathed.

As the NCISAA state meet opens a series of major championship and post-season meets, the state's oldest and best-known course comes back into the spotlight - and this time around, it reveals some changes. Even though McAlpine Park has undergone significant construction, the historic 5K course itself is virtually identical to the one that has been used for the last 35 years. In fact, you might not even notice the difference during a 5K race there, although you can certainly see the improvements from a parking and spectating standpoint. The "new" McAlpine is fundamentally still the "old" McAlpine, and that's a good thing!

Before we even get into the specifics, let's define some terms and concepts. It's worth pointing out that in the MileSplit database, we generally divide races of this length into two categories: 5K and 3 Miles. The dividing line between the two is a matter of opinion, but for us it typically falls at 4900 meters - IF that length is verified. "Verified" means with a properly-calibrated measuring wheel, running down the shortest possible path in accordance with current NFHS guidelines. "Verified" does NOT mean using a GPS watch or an online mapping tool, which both have systematic flaws that lead to inaccuracies.

The discussion of course length comes up regularly during cross country season, but it seems to really take center stage every 2-3 years in North Carolina. That was the case in 2013, when I decided to go out and measure some of the state's notoriously fast courses to see if they were indeed (as often alleged) short of 5000 meters. Since McAlpine's speed is legendary, I included it on the list to measure, and did so 3 separate times during that fall. The aggregate distance I got was 4930 meters - legal for 5K by our standards, but definitely on the shorter side. 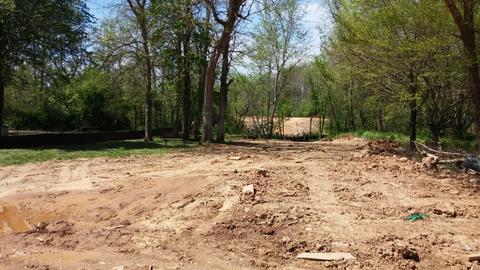 When arguably the most iconic course in the Southeastern US goes under construction, it understandably causes some confusion and anxiety. That has been the case for the past few years in North Carolina, as McAlpine Park - the site of numerous state championships as well as Foot Locker South - has undergone significant changes at the direction of the Charlotte Park & Recreation Department. Rumors have circulated at different times that the course would be fundamentally rerouted, or even that there would be no more cross country there at all! Thankfully, those rumors have always been false. From the beginning, the plan was always to retain the course and the major meets that it hosts, which bring a solid economic benefit to the surrounding businesses. The changes to the park at large have been extensive, but they have barely touched the actual 5K course (although they did have a significant impact on the many miles of other trails in the park, as well as parking lots and bridges that allow access to the central lake and the course).

Major construction is not the only change that has happened to the course over the years, though. As time has progressed many of the trails on the traditional 5K course have gotten wider from extensive use, which meant that a runner hitting the tangents could get shorter and shorter distances. This effect was aggravated by the construction, which gently widened the first major turn on the course (the hairpin at the end of the long opening straight). As a result, the question began to be asked, "Is McAlpine approaching the cutoff for a 3 Mile course instead of a 5K?"

McAlpine Park's cross country course has recently been a joint venture between coaches and the city. This has been driven primarily by the "old guard" of coaches that built the course in the first place, spearheaded by Larry McAfee, although there is also a contingent of younger coaches that want to maintain both the access to a prime racing facility and the connection to history that comes with a 35-year-old course. McAfee continues to put in the legwork necessary to make sure that all the details are correct at McAlpine, and this fall has been no different. I don't even want to think about how many times he has measure the course just in the last two months, and I've seen the level of detail with which he recorded these measurements:

In response to the gradual drop in distance over the years, McAfee and his fellow coaches decided to add a little extra distance to one of the switchback curves in the portion of the course before the big hill. This "fix" occurs at about 2000 meters, and it is the only adjustment that has been made to the course itself: 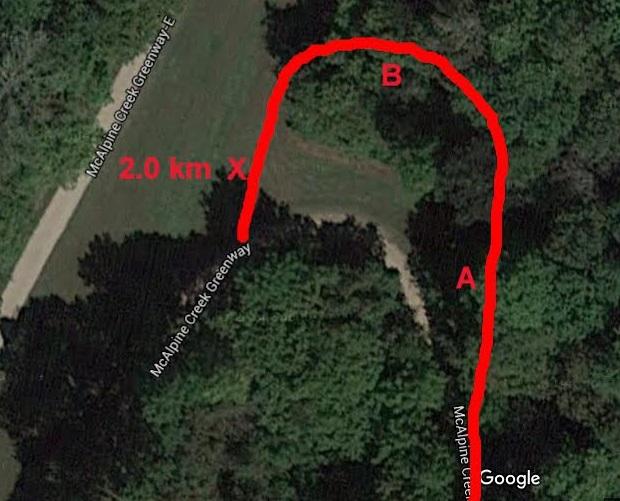 The adjustment was completed AFTER the 2015 Providence Invitational, which means the course was shorter for that meet (specifically, Larry had it at 4913 meters). That has created an unusual problem for our database this year, one with no easy solution - what do you do when two different races at the same major course both meet your criteria for 5K, but are different by as much as 85 meters?

After repeated measurement and that one adjustment, McAlpine is now back to being a full 5000 meters! In practical terms, that means it currently runs an average of 10-15 seconds slower than in recent years for elite runners under similar conditions (and maybe a bit faster than that for the Providence Invitational this year). The biggest impact will be on the spectators, because the infamous "hill" alongside the starting line (really a glorified mound of dirt) is now gone. Although that took away a preferred vantage point for the start of the races, it is now MUCH easier for coaches and spectators to get from the start to the trails, and the starting area itself can now be much wider. Also, parking and access from the parking lot to the course have been improved - also a good thing. 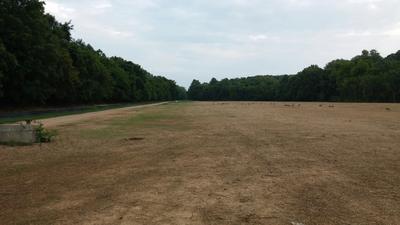 Statistically, two of North Carolina's primary historians (George Phillips and Brett Honeycutt, who together helped make NCPrepTrack.com the repository of our state's high school running history) have declared that they accept the current course as comparable to the course used in past years. Times from the "new" McAlpine will be included in their historical data. (If you're interested, a similar discussion about the long-term evolution of a cross country course has gone on for the equally iconic Mt. SAC venue in Southern California.)

BUT...it IS possible that McAlpine no longer holds the throne as the North Carolina's fastest course. The next few weeks will help us determine that, and we also get to have fun watching great races along the way!