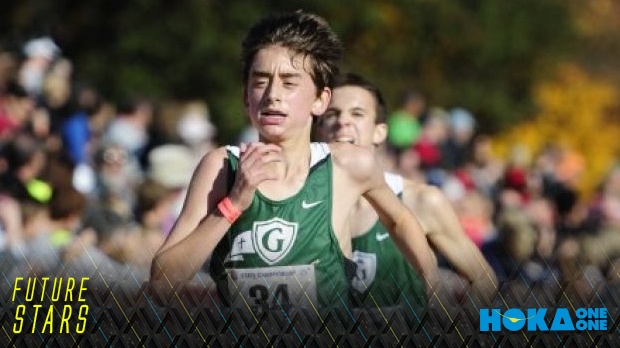 The Cardinal Gibbons sophomore first showed signs of his big leap forward with a 5K on the track in June.

Hoka One One has partnered with MileSplit and FloTrack to identify the Future Stars of our sport, and this week we are highlighting a handful of the top sophomores in the state.  Later this month, we will shine the spotlight on some of the best new freshmen in North Carolina.  Today, we've got a Question & Answer session with Cardinal Gibbons 10th-grader Connor Lane, who used a great end to the spring season as a stepping-stone to huge improvement this fall.  Lane talks about team culture, training, and goal-setting, and you can't deny that he is ahead of the curve for even a typical top-flight runner of his age; over the entire 2013 season, only 3 sophomore boys ran faster than Connor did in his first race of 2014, and in 2012 only two did that - their names are Tanis Baldwin and Philip Hall.

When did you first know you could be very competitive as a runner and that it was something you wanted to pursue at a high level?

I first realized that I could be competitive in running when I was part of a USATF Junior Olympic Nationals winning team in 7th grade with Triangle Champions Track Club. I came in 10th at Nationals (Sam Grelck came in 8th –please include that). That was really when I figured out that I could run with the best and compete at a high level.

Can you tell us a little bit about your fundamental training philosophy - ballpark weekly mileage, frequency of hard workouts, etc?

Coach Mangum control’s the team’s training and when all of our hard and easy efforts are. With his philosophy David, JT, Peeples and I usually get in 50-55 miles a week and we do hard workouts on Tuesday and Friday (Not Friday if we have a race Saturday) with a long run over the weekend. My personal training week is really about giving great efforts during workout days and just getting miles in on the other days to prepare and recover from the workouts

What have you done differently this season (or over the last several months) to make such a big leap forward in the early fall?

Starting after track season and coming back into our early summer training I sensed an increased intensity in our team’s daily training. We put in solid efforts every day, never slacking, and that’s had a big effect on all of our early seasons. We’re seeing the results of that training now but we all expect to improve. 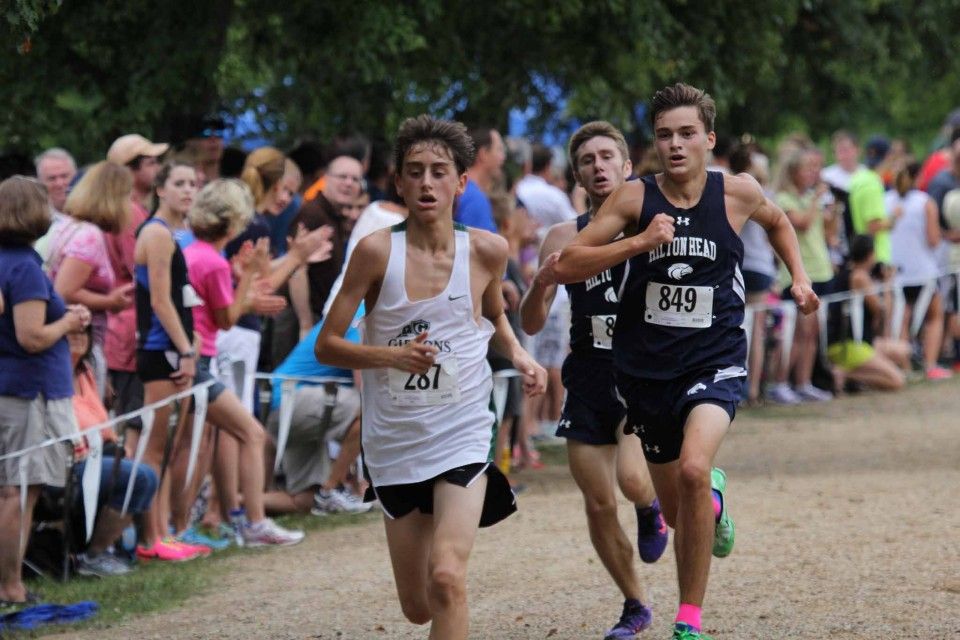 Have your races so far this season met your expectations, or have you had to adjust your goals after running such fast times?

My races so far have been what I expected for myself at this stage in the season. My times are a nice result of me trying to compete with the leaders and my teammates at these meets. That said, I plan to continue improving and I hope to run much faster this year.

What are your goals for the rest of cross country season?

My goals are really about team success, we want to win the 3A State Championship and we want to qualify for NXN. I believe that if we succeed in achieving those goals, my times and rankings will fall into place.

Have you begun to set goals for track season yet?  If so, can you share one with us?

A goal for me this track season would be running 9:30 in the 3200m, I feel that getting there sophomore year would be a good step in my career.

What is your team's culture like, and how does that affect your training and motivation?

This is the most dedicated team I’ve ever been a part of, the way these guys are motivated and how they train every day makes me proud to be a part of the Gibbons community right now. We go out each day trying to get better, and we carry each other along in that way. We race for each other, we all just want to try to help the team and run well for our teammates

What is your preferred race strategy (aggressive, sit and kick, etc.)?  Do you have a detailed plan before races, or do you react to the situation?

My race strategy is about trusting myself to be aggressive throughout the race, to make and cover moves, and to react when I need to. At Providence I went out in the lead because I felt good and I trusted that I wouldn’t drop (too far). It ended up working out, but my race strategies revolve around how I feel during the race, and because of that they can vary.

Do you scout your competition before races and make that a part of your plan?

Coach Mangum has each of us visualize the race several times, accounting for many different situations. I visualize certain things happening during my race, so while I don’t scout out my competition I feel that I can run my race and still be prepared for different styles of racing by my competitors.

You had a very strong 5K race at the end of track season.  How did that impact your summer training and your expectations for yourself this fall?

My training at the end of track season was very strong, which is how I ran the 5k, over the summer I’ve tried to build on that training and establish myself as a sub-16:00 guy. I focused my training on trying to make that 5k time my new floor, not my ceiling. I think I accomplished that with my race at Providence and I’m ready to continue improving from here. 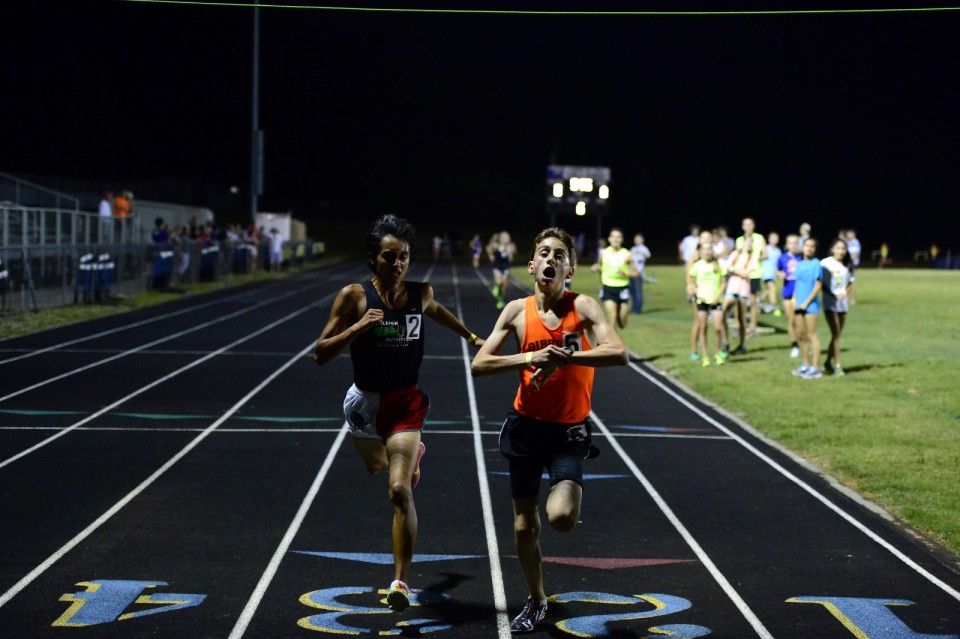