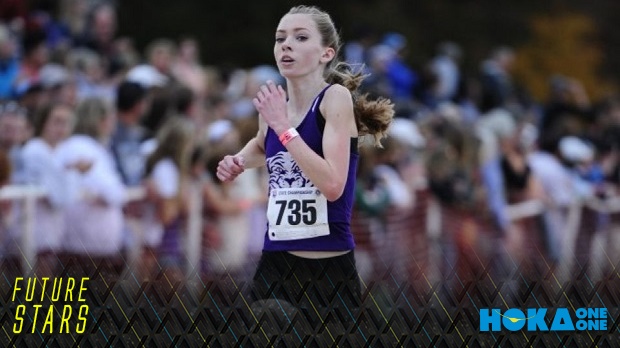 The Ragsdale sophomore has been on fire at the start of the season, despite having her spring season ended early by injury.

Hoka One One has partnered with MileSplit and FloTrack to identify the Future Stars of our sport, and this week we are highlighting a handful of the top sophomores in the state.  Later this month, we will shine the spotlight on some of the best new freshmen in North Carolina.  Today, we've got a Question & Answer session with Ragsdale's Sara Platek, who has had a sensational start to her 2014 season.  Platek talks about overcoming an injury, adjusting her training, and meeting her goals - things that most runners will experience at some point in their careers.  It seems kind of funny to call Platek a "Future Star," because she is the #1 runner in the state right now - but she still has two more years after this one, and with careful training and improvement she could be a factor on the national stage before long.

When did you first know you could be very competitive as a runner and that it was something you wanted to pursue at a high level?

The second year of doing Greensboro Pacesetters when I was in eighth grade, my coach, Charlie, saw that I had improved a lot and began entering me in National Meets for summer track. I really enjoyed the excitement of running in such competitive races and realized I wanted to compete throughout high school.

Can you tell us a little bit about your fundamental training philosophy - ballpark weekly mileage, frequency of hard workouts, etc?

Last year I really focused on mileage, running at least seventy miles a week. This year I've had to be much more cautious because of my hip injuries. I'm now doing two practices a day. For our morning workouts we alternate between long runs and speed/tempo runs. In the afternoons we run 3-6 miles just to get in some extra mileage. However if my hips hurt I'll bike or swim for the afternoon practice and lift weights.

What have you done differently this season (or over the last several months) to make such a big leap forward in the early fall?

I spent the majority of the spring and summer doing a lot of cross training, like biking and swimming. My coach and doctors were worried that if I continued to run seventy mile weeks I would get a stress fracture in my hip. Although I didn't get to do nearly as much running as I wanted to over the summer, I think the cross training really helped me stay in shape and get a lot stronger.

Have your races so far this season met your expectations, or have you had to adjust your goals after running such fast times?

For each of the three races I've run this season, I set a goal. Low eighteens for the first race, under eighteen for the second, and a PR for the most recent. I was able to meet all those goals which really gave me motivation and a boost of confidence. My goal is basically to run faster each race, even if it's just by a second. 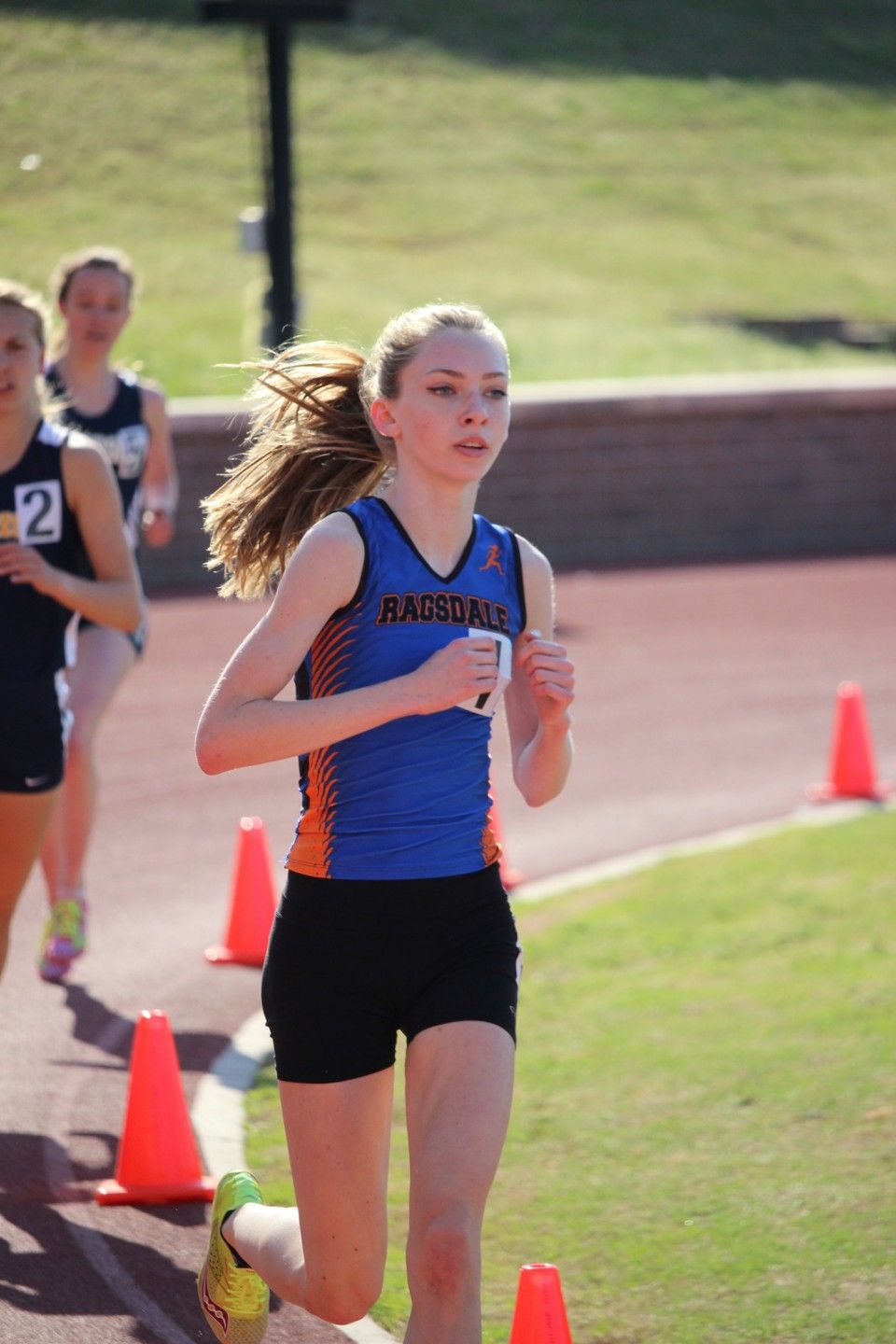 What are your goals for the rest of cross country season?

Have you begun to set goals for track season yet?  If so, can you share one with us?

I'd like to run a 4:55 mile. I don't really have any specific times I'm aiming for. My main goal is to just run faster times than last year. I also really want our girl 4x8 to go to states this year. We were so close last year!

What is your team's culture like, and how does that affect your training and motivation?

Our team is really close because of how small it is. We barely have enough girls for a team! However I'm really glad that its small so we can all get to know each other. There's a lot of inside jokes, laughing, and teasing at the meets and practices. We're really supportive of each other which takes some of the pressure off at races. We have a lot of team dinners and breakfasts which we refer to as "Team Bonding". Being on a team where everyone can laugh and have fun while were completely exhausting ourselves makes it a lot easier to go to practice at 7 AM.

What is your preferred race strategy (aggressive, sit and kick, etc.)?  Do you have a detailed plan before races, or do you react to the situation?

I don't really have much of a strategy during races. I never try to get right out in front when the gun goes off. I sit behind whoever is in front and pass them when I feel comfortable instead of sprinting and tiring myself out. I learned that sprinting at the start of the race never goes over well for me. The rest of the time I stay pretty evenly paced. I always try to kick at the end no matter how close the next person is.

Do you scout your competition before races and make that a part of your plan?

My dad checks the NC MileSplit web site to see what the competition will be like, but I try to avoid looking at other peoples stats because I know that will just make me more nervous before a race.

You had to sit out during the end of the outdoor track season with some injury concerns.  How did that impact your return to training this summer, and has it affected your overall approach to running?

When I started going back to the Greensboro Pacesetters practice I couldn't really train with anyone or do the speed work. My doctor allowed me to do 30-50 minutes of running with walking every 10-15 minutes for the first couple weeks of practice. Besides that I spent a lot of hours at the gym over the summer swimming and biking to keep my endurance up without killing my hips. At the beginning of August I was healed and pretty much allowed to do my own thing. Doing all of the cross training made me realize that it can be just as affective as running, especially when trying to avoid an injury. 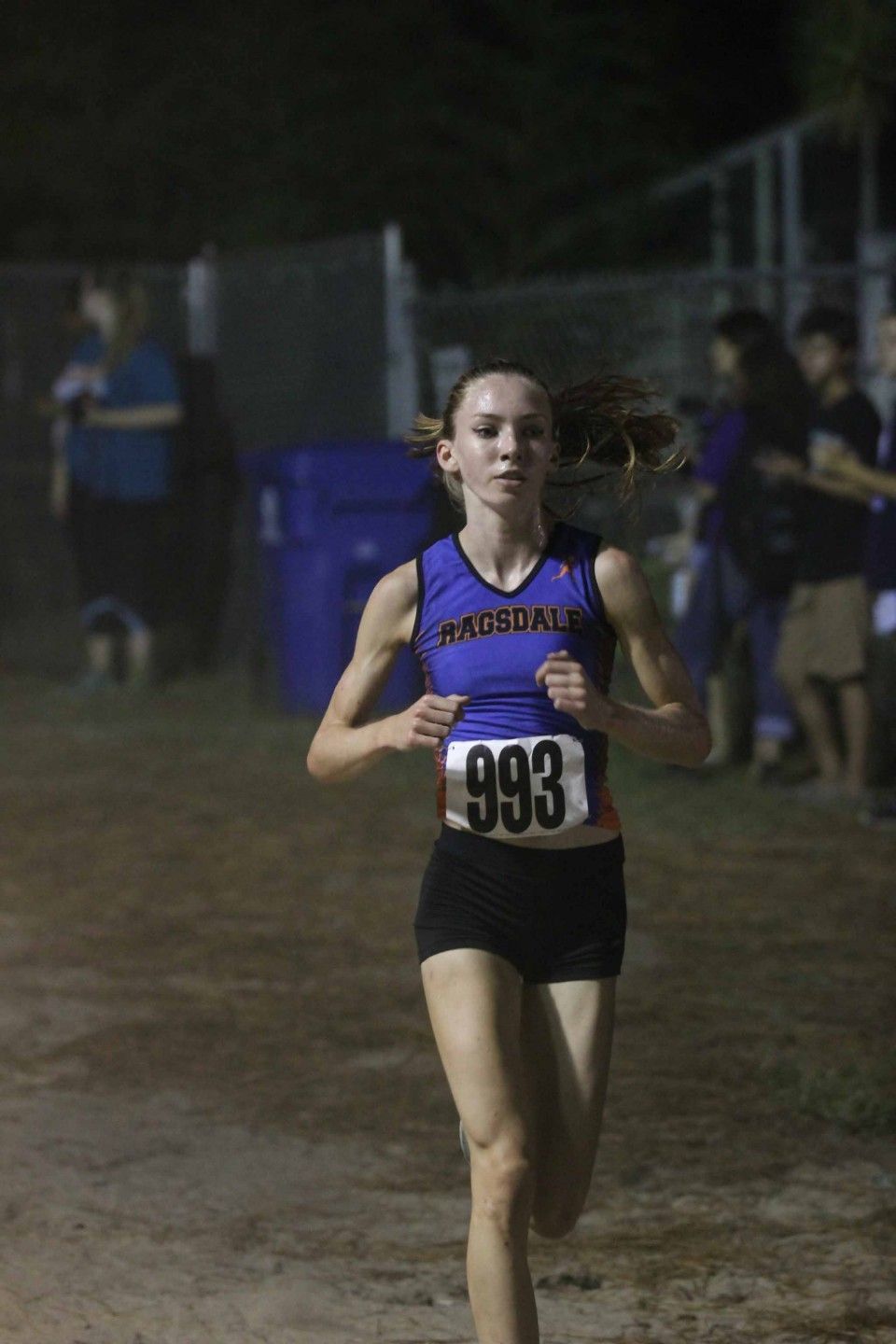