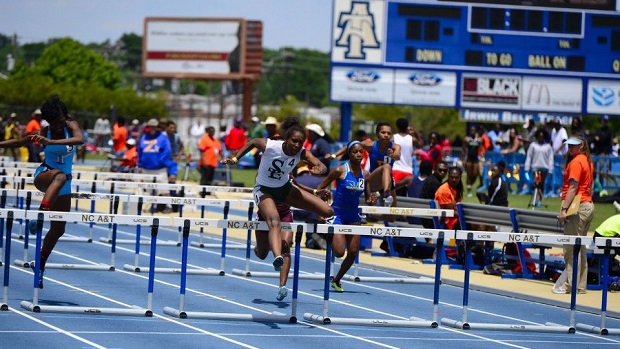 Some of North Carolina's best still have things to prove on the national stage, and some may be satisfied with their careers.

NOTE: this preview only covers the Championship events.  For entries in the Emerging Elite or Freshman races, check out the Start Lists.

Nothing Left to Prove?

That's what Trentavis Friday says - he has achieved everything that he dreamed he could and more, and he is satisfied to close the book on his high school career and move forward.  But he is still racing this summer, and vowed to continue working hard, and that means we may not have seen the end of his record-breaking performances.  Though his graduation conflicts with the 100, Friday will be in the 200 this weekend, and his season best is well under the meet record (and only 0.01 off of the all-time North Carolina record).  The Cherryville star will be gunning for World Juniors later in the summer, which could be the first of many appearances in a Team USA jersey if he continues to develop as he has the last two years. 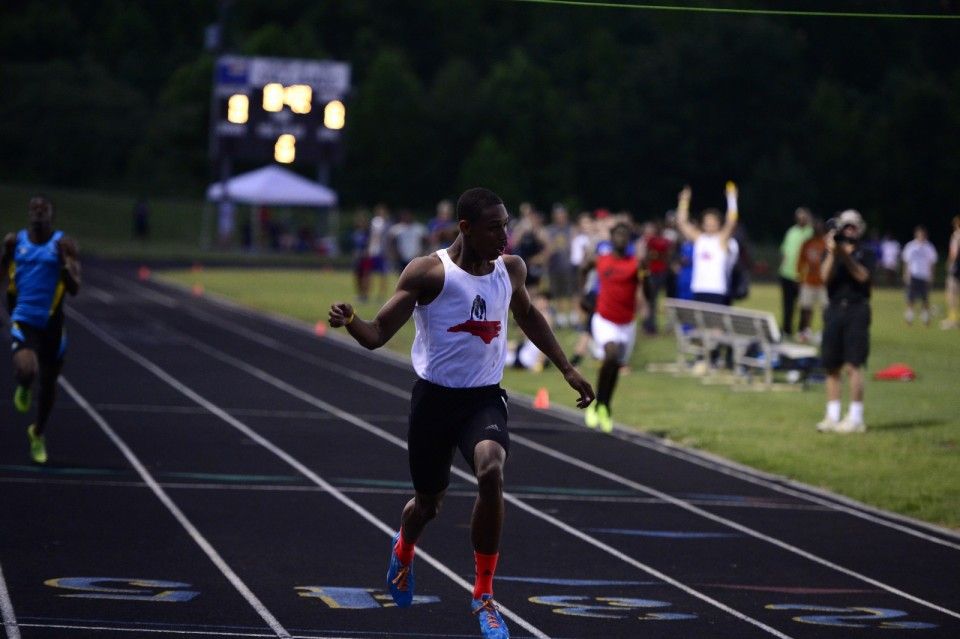 Isaiah Moore may be in the same situation.  He went to the World Youth Games last year to compete for his country, and he won two national championships indoors.  Is he satisfied and ready to move on to South Carolina for the next phase of his career?  Does he want to step up from the 17-and-under Youth competition to the 19-and-under of Juniors?  His spring was quiet, which could mean many things; maybe his nagging injury limited him somewhat, or maybe he was training so hard that it depressed his performances.  Maybe we've gotten so used to his consistent excellence that his state meet performances - 13.97 in the 110 Hurdles (against a headwind), 23' 11.5" in the long jump - have become routine to us.  Here's hoping that the Cummings senior is still packing a few eye-opening performances this summer!  In the long jump, Moore will be looking for a rare milestone in the long jump: after several jumps in the mid-24's, he would like to become the 11th North Carolina boy to break 25.  Jeremy Davis emerged as the top candidate for best returning long jumper in the state, and he will have a chance to cement that this weekend.  The same goes for Darryl Shaw in the triple jump, who right now is the #16 returner in the nation in that event. 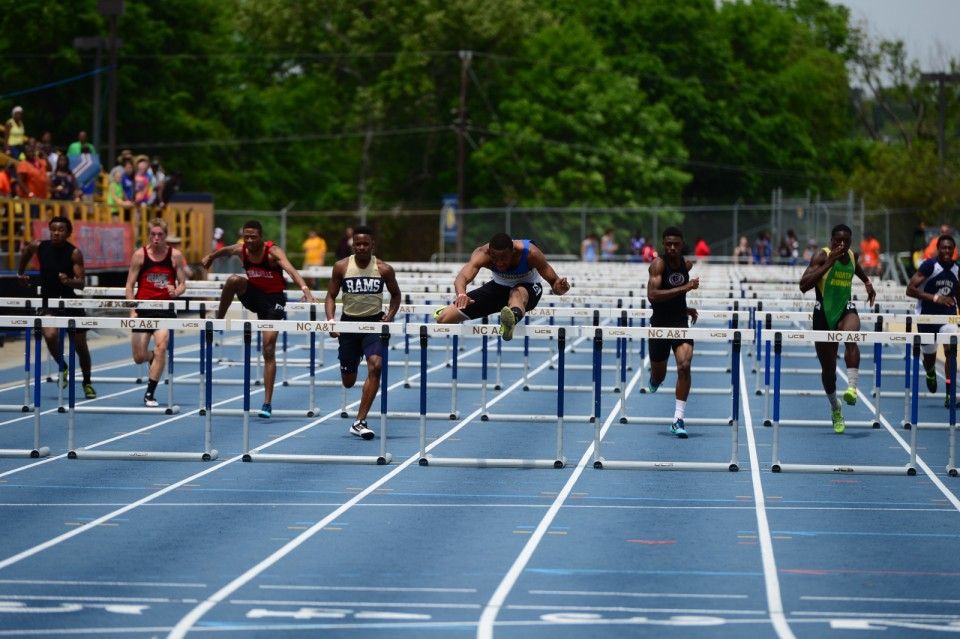 Colin Minor (South Brunswick) already has the nation's best mark in the hammer throw as well as the all-time North Carolina record.  It seems pretty clear that he is happy with his shot put and discus results for the year, since he did not enter either this weekend.  The only unfinished business, then, would be going for gold in his best event, where he finished 4th last June.  Like Moore, Minor has already represented the USA overseas, although he would definitely be in contention for a berth at World Juniors if he chose to go for it.  The hammer can be very unpredictable, but Colin has been consistently strong at the biggest competitions, and focusing only on the one event could help him produce the best possible conclusion to his high school career. 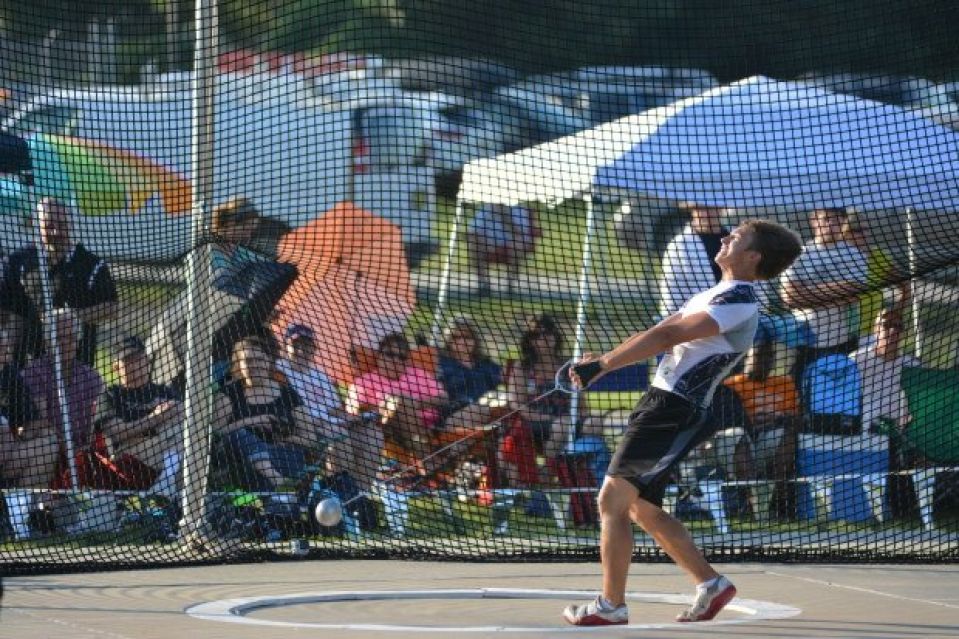 Definitely Something to Prove

Layla White has had huge performances at indoor nationals, but the one thing absent from her resume so far is the same level of success at A&T in June.  Could the hidden strategy in working her onto the 4x800 (in addition to having a really fast 4x800) be the development of her stamina to spring her for a huge 400?  The same is true of Jamaree Murray, who went sub-47 for the first time in his career at his conference meet, then didn't have to run that fast to win regional and state titles.  He will have a great setup in this meet, as he will be in the fastest section with 5 other guys that have 46-second PR's. 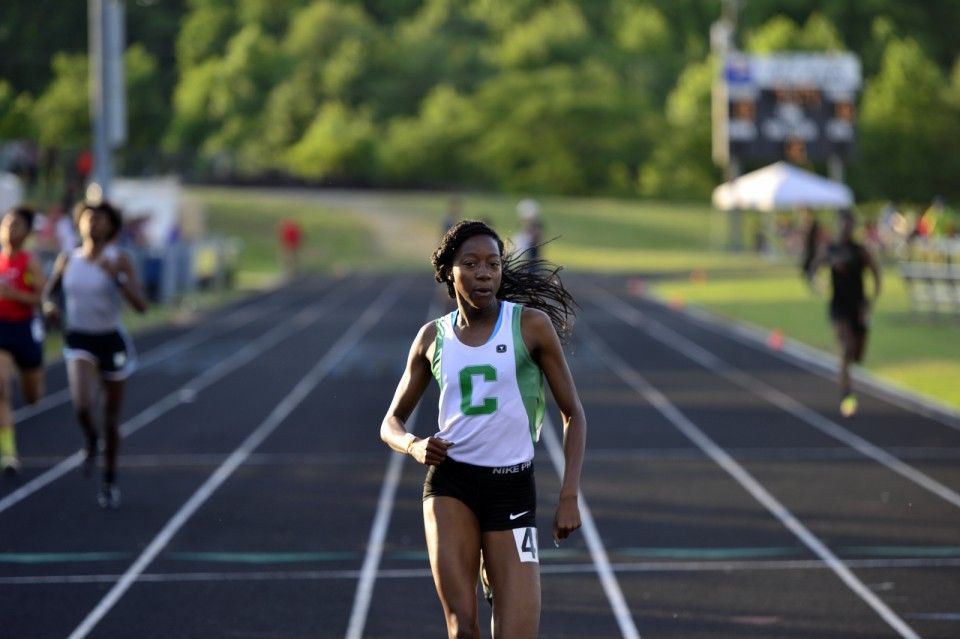 Katlyn Sherman's last two meets in a Parkland uniform produced wind-aided times, and you can bet she wants nothing more than to post a sub-24 200 time in legal conditions.  Ditto for Jacklyn Howell, who was in a weird state of "in-between" after the 4A state meet.  On the one hand, she achieved her season goal of running in the 13.50's for the 100 Hurdles; on the other hand, it was wind-aided, meaning that she still had some unfinished business.  Nyheim Hines faced similar questions after a huge regional performance, and although he provided a solid answer with a 2nd-place finish (into a headwind, no doubt), a strong 100 result this weekend can only help.  The 4th-place finisher in that race, Butler's Christopher Hancock, posted an apparent breakthrough time of 10.67 in the 100 just this past weekend, but the wind for the race was not reported, so he needs to verify that with another strong race.  Sydnei Murphy ran 11.79 at the same meet, but that's probably not the performance she most wants to replicate.  She has just the one 40-foot triple jump result this season, and that was at a small weekday meet.  Her mark has now been bumped all the way down to US #35, so she has another source of motivation for that event.  Tamara Clark (High Point Central) has a simpler reason for feeling like she has unfiinished business this season: a false start at her regional prevented her from competing for the state title in the 100, despite leading the state rankings in that event for a good chunk of the season. 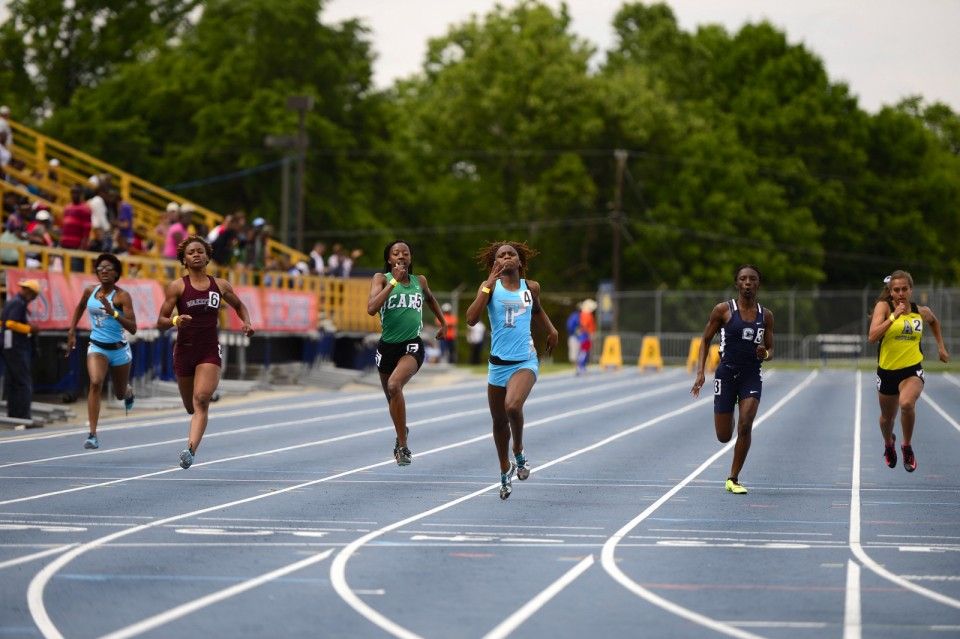 One girl who always runs with a chip on her shoulder: Blake Dodge.  She was unable to compete in the Championship 800 last June due to a travel conflict, and had to settle for her less-favorite event, the mile.  This year her schedule is clear, and she hopes to take one last shot at the all-time state record of 2:06.67.  Rachel Bartolomeo has run well in traditional high school events, but her best is rarely run in our state: she is currently US #18 in the 2000 steeplechase.  This is one of the few times when she gets to shine on a big stage, and she has a strong field of New York runners to push her (the steeplechase is a standard event there). 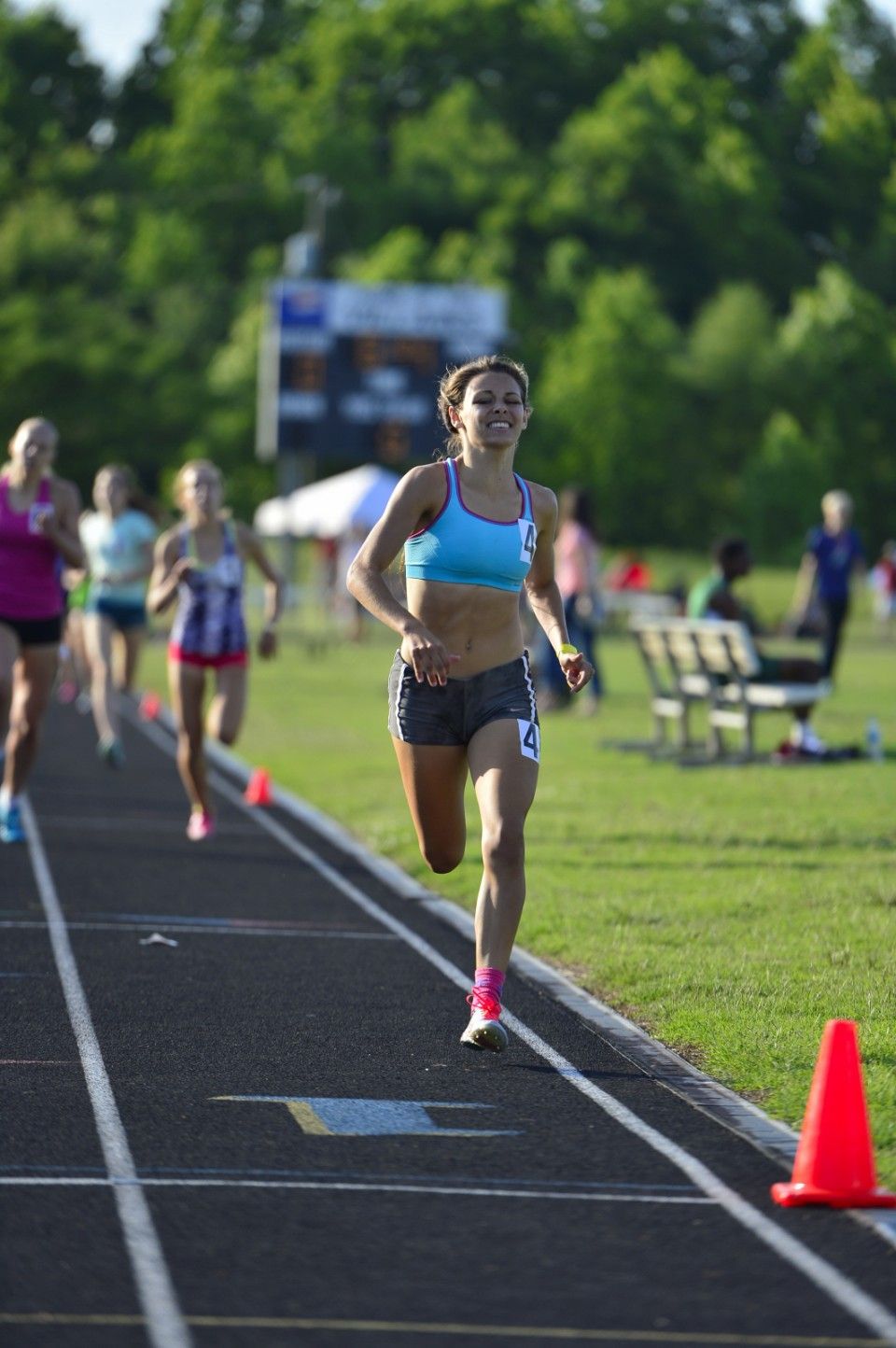 As far as unfinished business goes, Knightdale's boys have a bunch.  The Knights had a difficult end to an injury-plagued state season, and they would like nothing more than some redemption in the 4x400.  Nobody will be more tested in this meet than Parkland's girls: despite winning three 4A titles and leading the state rankings in all three sprint relays, the Mustangs have not faced an opponent like St. Thomas Aquinas.  Even in Parkland's best event, the 4x200 (where they are US #5), they have to run against the national record holders, as Aquinas ran a stunning 1:33.43 earlier this year.  In the 4x100, they will be joined by both Cary and Wakefield, making this another referendum on the best sprint programs in the state.  On the boys' side, the state's 2 best 4x100's will try to earn a place in the finals against a field that is missing the entire national top 25.  The hot temperatures could help Mallard Creek and Butler drop times, with the former setting their eyes on the 41 second barrier.  Butler is US #16 in the 4x200 and appears to have the top seed in this very thin field. 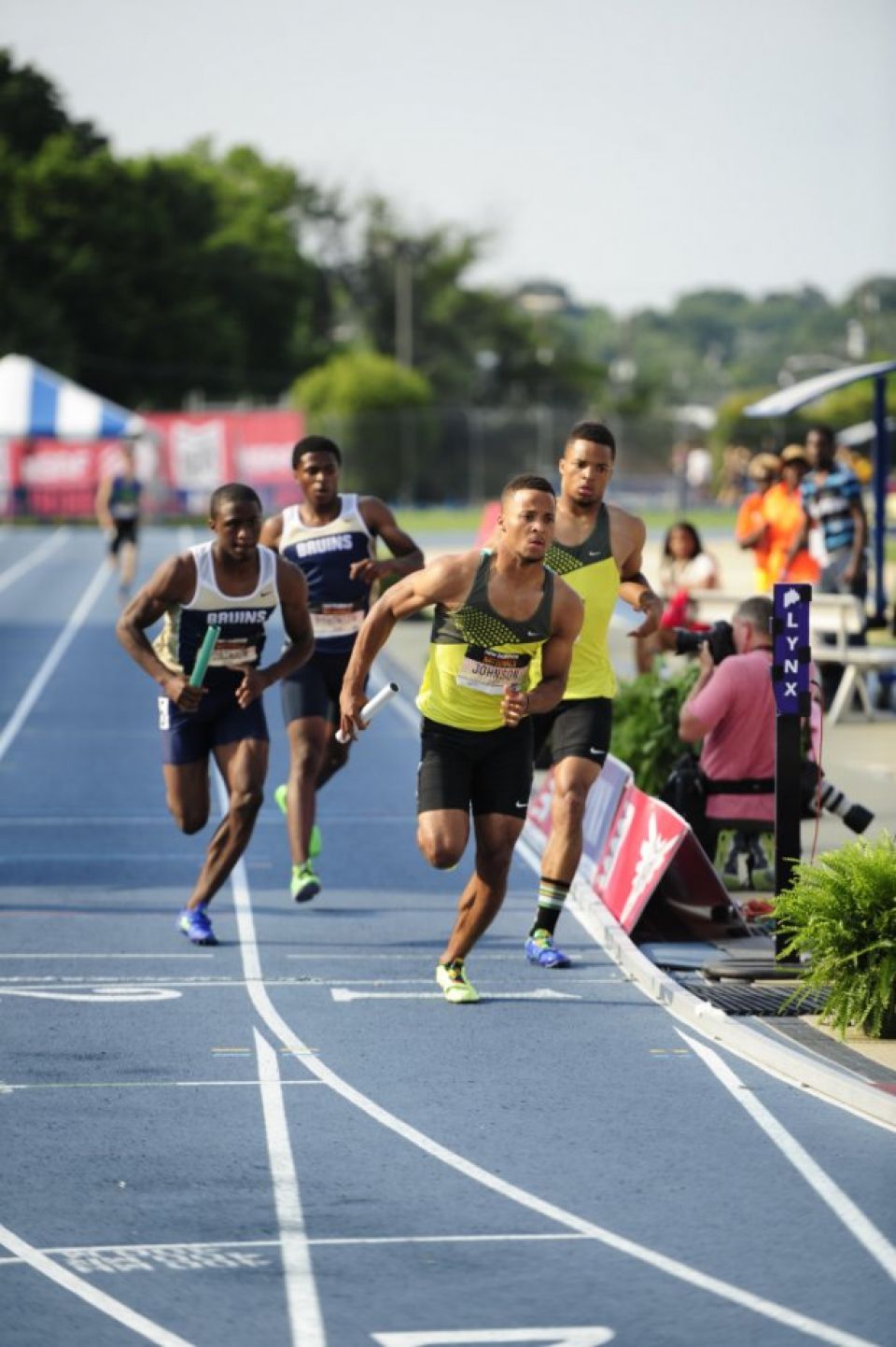 Myles Lazarou has been so close.  He jumped 6' 11.75" this spring, and you absolutely know that he wants that 7-foot mark more than anything in the world right now.  He has been battling a minor injury, so here's hoping that he is fully healed and ready for a great summer.  Lazarou will be competing against Christopher Garrick, who has declared his intention to clear 7 feet next year.  In the girls' shot put, three of North Carolina's best will continue their discussion of who is best: Mookie Chavis, Alycia Springs, and Khayla Dawson have all been NC leaders at some point over the last two years (right now it's Springs).  All three currently hold spots on the state's All-Time Rankings as well.  The top three in the state rankings for the pole vault are only separated by 1 inch, and at least one of them was hoping for just a little more this season.  Ian West definitely wants to approach 16 feet, while he and Drew Pedersen will be vying for the title of top returning vaulter in the state,  Corey Ginley isn't returning, but he could still emerge from the head-to-head competition (all three are in the same flight) with one last victory over his two North Carolina foes and the accompanying bragging rights. 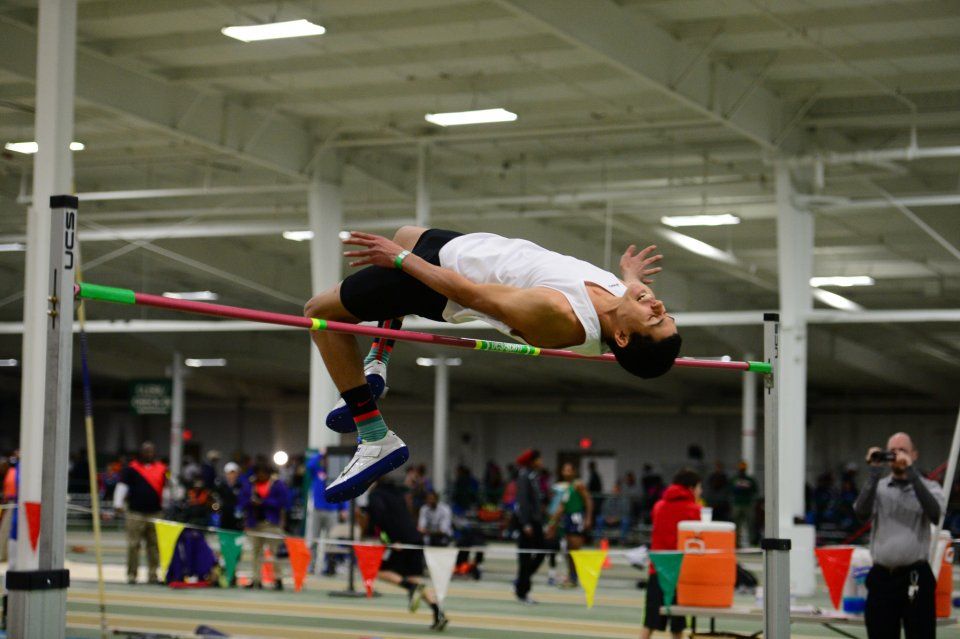 Other Things To Watch