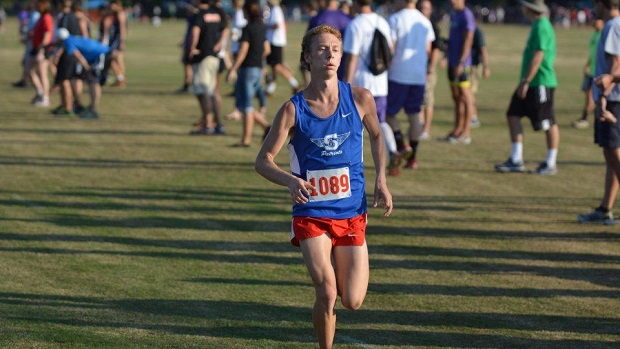 The Southern Alamance senior, already recognizable for his junior-year performances, took another leap forward over the summer.

Collin Loy is a perfect example of what can happen when everything comes together for a talented runner.  He was already producing good times during his junior year (16:09 in cross country, but then 9:31 during outdoor track).  Then, he was able to up his mileage over the summer while still remaining healthy, which is a powerful effect if you can pull it off.  That has allowed Collin to drop his 5K PR by 25 seconds to 15:44, with plenty of time still left for continued improvement.  His early season went so well, in fact, that he has had to revise and upgrade his season goals, having already met the original ones!  It is clear that he is competing with confidence, as well, having pulled away from the rest of the field with a strong mid-race move at the adidas Seahawk Invitational.  One of the keys for Collin's continued health will be his ability to manage a difficult race schedule handed down by his conference; he talks about the adjustments he has made in that area during the interview.  His updated goals for the season are aggressive, especially considering the quality of boys' running in North Carolina right now, but you get the sense that Collin has alread done the work that he needs to do, and he knows it.