As I was out at Hagan-Stone Park on Tuesday to record a Video Course Walk for use later in the season, I got the opportunity to preview the competition in the greater Greensboro Area.  There were some very interesting performances, including a boys' team and a girls' individual that definitely bear watching over the course of the season.  Here are a few impressions from the meet:

Nolen Cook (Page) was in front the vast majority of the race, and seemed to be pulling away as the runners came up the final hill to the finishing field.  Daniel Hinshaw (Southeast Guilford) rallied, however, and came storming back over the final 50 meters to edge Cook at the line.  Cook did lead his team to the overall title, however, as Page scored 37 points to defeat Grimsley and Northern Guilford (both with 88). 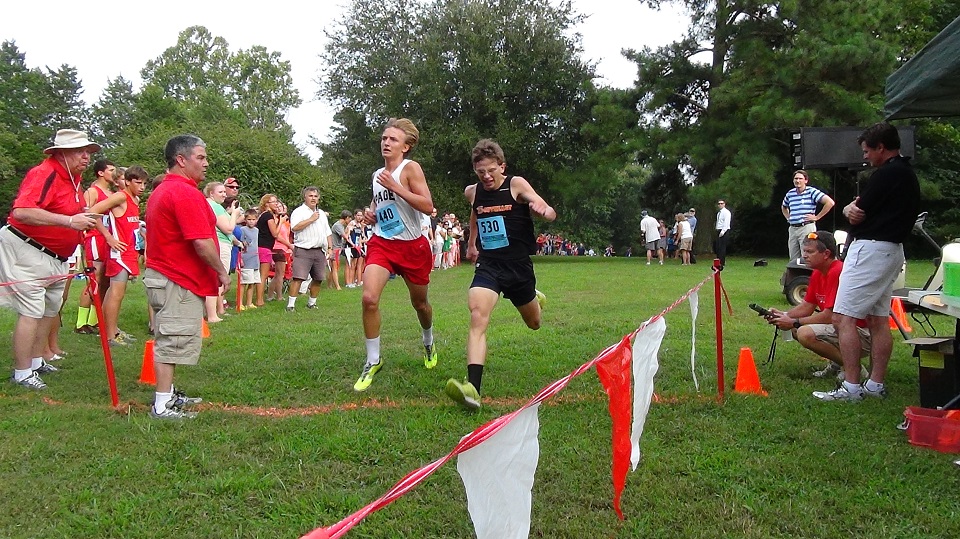 Freshman Sara Platek (Ragsdale) took over the lead in the third mile and was able to pull away slightly, winning by 16 seconds over Kaitlin Lingard (Greensboro Day).  Grimsley's Tori Churchill and Blair Ramsey were 3rd and 4th, keying a 44 - 88 for the Whirlies over Northwest Guilford. 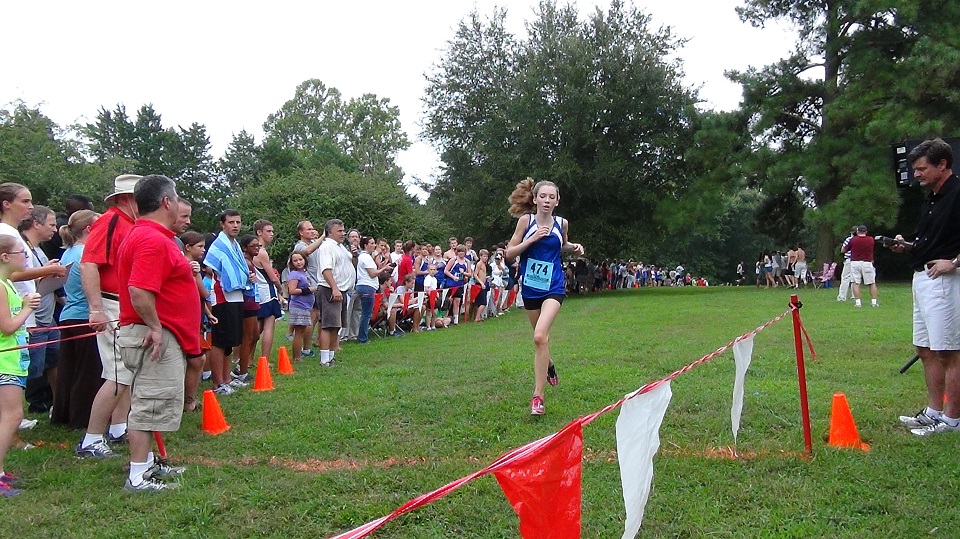 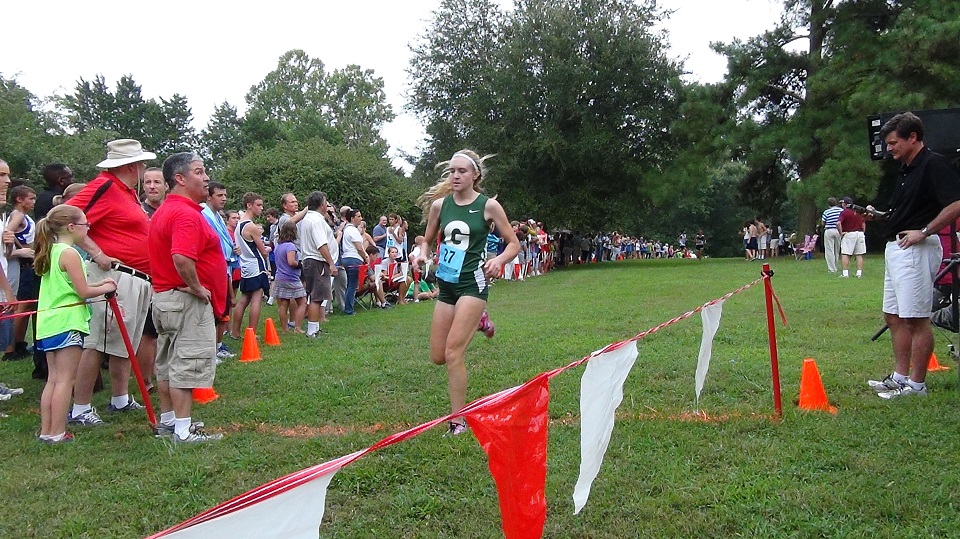