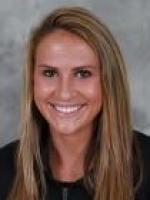 Clerveaux Sets New England Meet Record !...
SACO, ME – Brockton’s Vanessa Clerveaux was never shy this spring in stating that her goal in the 100-meter hurdles was to dip under the 14-second barrier. It didn’t happen at Tuesday’s...

Lampron Leads Mansfield to State Title...
Josh Lampron put together a stunning tune up for Saturday’s Dream Mile and more than proved he’s ready for an assault on the 4-minute mark after his record-breaking performance at yesterday...

D2: Sweep success !...
WHITMAN — It’s a common cliche in many sports: Speed kills. But at yesterday’s Division 2 championship, both the Central Catholic boys and girls teams used their depth to come away with the har...

Boston Globe Girls' Indoor Track All-Scholastics...
The Boston Globe has selected the annual Indoor Track & Field All Scholastics team.  Read about the accomplishments of both the athletes and coaches from this past winter season.         ...

Record Assault at the New England Championships...
The buzz about how good Precious Holmes really was began early this winter and continued through the indoor season. The Hillhouse, CT phenom didn’t disappoint the Reggie Lewis Center crowd at Friday...