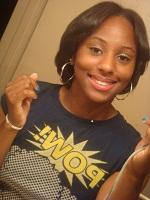 NC Athletes Set to Defend Their Turf at NBN...
Schools from all over the nation are coming to run on the track that hosts OUR state meet, and our athletes are ready to compete....

4A Regional Recaps...
With an impressive showing in their regional, the Knightdale boys may have established themselves as early favorites for Saturday.  ...

Senior Spotlight: Gabrielle Gray...
The senior from High Point Central has worked her way into the national conversation and proved she belongs....

NC in Seattle for the Brooks PR Invitational...
Dempsey Fieldhouse, one of the fastest tracks in the world, hosts seven NC athletes among an elite national field....