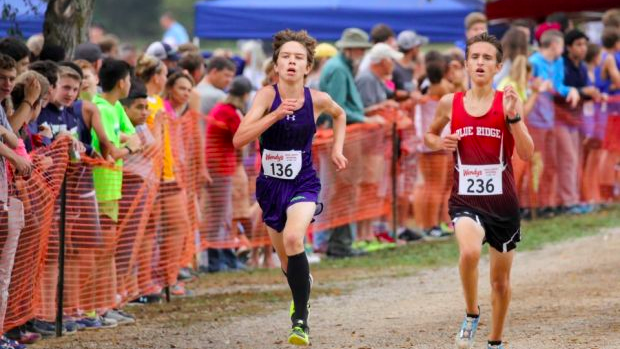 Ardrey Kell is going to be a team to watch the next few seasons.  They return their #1-#6 only losing #7 Carson Philbin and will have three sophomores and two juniors making up their top 5 returners.  When you run returning rankings for the 2019 cross-country season Ardrey Kell comes in at #4 in the state.  This year this young team returns as the favorite for the NCHSAA 4A West Regional and in 2019 and 2020 they should be able to make a run at the overall NCHSAA 4A Team Title.

Last fall Murphy Smith came into Ardrey Kell as one of the states top middle schoolers in North Carolina.  He certainly exceeded that hype clocking 16:12 finishing as the #2 overall freshman in the state.  Smith ended the year finishing 3rd in the 4A West Regional and 31st overall at the State Championship.  He clocked 9:51 in the 3200m and 4:42 for the 1600m.  He qualified for the 4A State Championship Outdoor after taking 3rd at the 4A West Region then placed 14th at the state meet.  Smith seems to be strongest in cross country and should be under 16 minutes this fall after a promising freshman campaign.

Rising junior William Fan will be the teams #2 returner after running 16:43 last year and finishing 42nd at the 4A State Championship.  Fan had a big improvement last fall dropping nearly a minute off his XC PR, and improving his placing at the 4A West Regional from 54th down to 11th.  He finished the year in top form breaking 17 minutes in his final 6 meets.  On the track, he ran 9:57 for the 3200m and 4:40 for the 1600m.

Just behind Fan was rising sophomore Griffin Cascone who ran 16:49 last fall placing 13th at the 4A West Regional and 68th at the state meet.  Cascone kicked off the season running over 18 minutes and dropped 70 seconds over the course of the season breaking 17 minutes 5 times.  He was strong on the track as well running 4:40 and 9:57 for the 1600m and 3200m.

They'll also return senior Sean Teague who ran 17:34 last fall and junior Nate David who ran 17:56 as a sophomore who could impact the top 5 this season.  They also will have rising freshman Braylon Liggins who has been strong in his middle school club track career for Charlotte Heat running a 4:35 1500m and 4:57 Mile as an 8th grader.  He hasn't run XC previously but could be a boost for the team if he starts this fall.  This is a program you need to keep an eye on this fall.