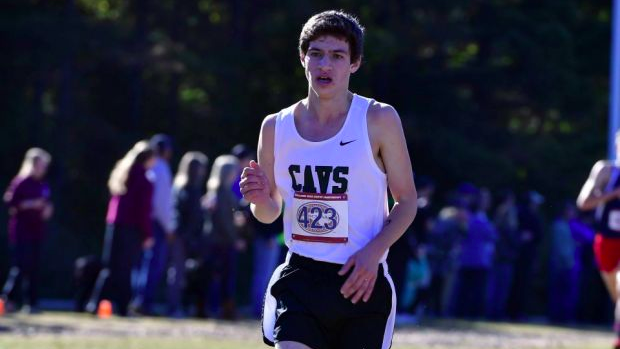 Last season Durham Academy had a really strong team, but came up short at the state meet where they took 3rd overall.  They certainly had a team that could have been NCISAA 3A state champions if things swung in their favor.  This year they'll return all but one member of their top 7 as they graduated their #3 man Ethan Goldman.  This year they'll be lead by senior Neil Mosca, and will have a tight pack from 2-4 not far behind.  Durham Academy will be in search of a 5th man this offseason to close down their 4 to 5 gap.

Mosca returns with a PR of 16:09.95 has been a stud ever since he started running for Durham Academy.  He ran on the varsity squad as an 8th grade taking 30th at the 3A State Meet.  Last fall he was 7th at the state meet where he ran his overall XC PR.  On the track Mosca showed improvement int he 1600m clocking 4:25, placing 3rd in the event at the 3A State Meet.  Mosca is the #3 returner in the NCISAA 4A classification and will be in contention for an individual state title this fall.

Mark Alkins is more of a track runner, but has still been strong for Durham Academy in cross country throughout his career.  He's been in their top 7 the last three years placing 14th, 9th and 20th at the NCISAA State Championships.  His strength on the track is the 800m where he ran 1:55.85 last year as a sophomore.  He's run 16:57, 16:48 and 16:45 the last three cross country seasons.  So even though he's a mid-distance guy he still knows how to get it done in XC.

They'll also return #4 man in rising senior Jack Anderson.  Anderson was 24th at the NCISAA State Championships last fall and holds a PR of 16:50.  His 2018 track season was similar to his 2017 campaign as he just missed his 1600m PR of 4:34 running 4:36 last spring.  Anderson has been able to make a jump in each of his last three XC seasons, and should be able to do so once again this fall.

The team will have a slight gap back to their 5th man with Tigey Jewell-Alibhai and Bennett Dombcik.  The two will battle for the 5th man spot returning with PRs of 17:44 and 17:45 respectively.  They did have a strong showing from freshman Walker Benjamin last spring as he ran a 4:54, however he didn't run XC.  If he is running this fall then he'll likely join the 5th man battle.  They also do have Nick Epstein who ran a 4:29 Mile last spring but I believe he plays another fall sport and hasn't run XC in the past.