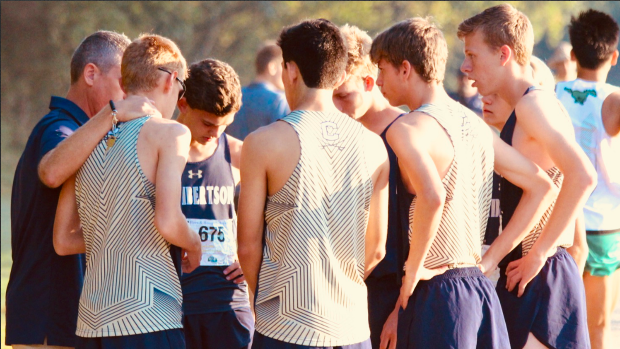 Cuthbertson boys have been on the rise the last few seasons after bringing up a lot of strong young talent.  A year ago three freshmen were able to make an immediate impact on the team by cracking the top 7 with two more rounding out the top 10.  They graduate their #1 man from last year Andrew Kiss and #5/#6 guy Daniel Chavez.  This program will return a ton of depth this fall and are going to be a team to be familiar with the next two seasons.

Their top runner Davis Seik will head into his junior year returning with a PR of 16:24.  Seik paced 39th at the 3A State Championship last fall and has proven to be a stronger cross country runner than he is on the track.  He just missed out on his freshman track PRs this spring running 4:45 and 10:26 from the 1600m & 3200m.  This could be the year we see Seik breakthrough on the cross country course as he knows he'll need to be a low stick for the Cavs this fall.  His last two seasons we've seen a gradual improvement throughout the year as his best marks have come towards the end of the season.

Rising sophomore's Shaun Raughley and Evan Zottl both cracked the Cavs top 5 as freshmen with PRs of 17:02 and 17:03.  Raughley didn't run track for Cuthbertson in the fall, but kept his sites focused on prepping for the 2018 XC season.  He was a 4:57 1600m runner in middle school.  Zottl ran 4:55 and 10:24 on the track last fall.  Both improved steadily throughout their 2017 XC seasons and could be stars for this program as they'll be better adjusted to the 5K this fall.

William Walsh also cracked the top 7 last year for Cuthbertson running 17:11 at the end of the season.  Walsh improved rapidly throughout the year dropping nearly 2 minutes over the course of his freshman year.  He was also sub 5 on the track for the 1600m clocking 4:55.  Two other sophomore's Tyler Carroll and Keegan Burr will look to make a big jump in time this fall.  They ran 17:34 and 18:02 last season just missing out on the top 5.

Kyle Stamper will look to impact the top 7 this fall after running 18:18 last year.  He showed a strong breakout on the track last spring running 1:58.78 as well as 4:43 for the 1600m.  If Stamper can transition well to the cross country course this fall he could be one of the teams top runners.  They'll also add Mickey Schihl who moved from Michigan last spring.  As a freshman, he ran 4:51 for the 1600m and will start his first XC season this fall.  They'll also add in freshman Gage Austin who comes up from the middle school program with a 4:57 and 2:17 PR on the track.  He was their top guy in cross as an 8th grader running 9:56 for the 3K.  With a lot of depth, it'll be tough to make the top 7 this fall, but this program will be one to keep an eye on the next few years with a ton of young rising stars.