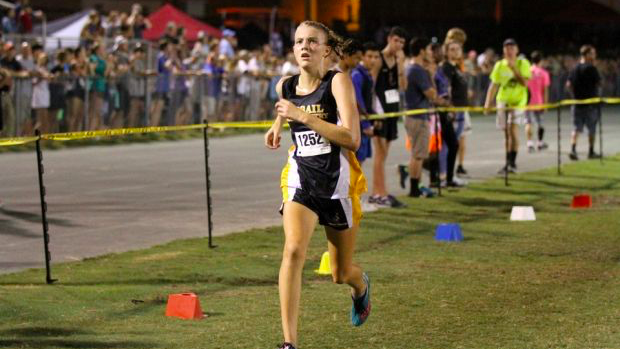 The Bo Run invitational race on Sept 23 will be setting the stage for how many of the runner's seasons will turn out, and for this race, it could be anyone's game.

With 32 teams from the Eastern North Carolina area racing at the Boyd Lee Park location, many young runners will have the opportunity to prove themselves capable of competing in championship races later on this season.

Freshmen Makayla Obremski and Isabella Bufalini from Topsail High School are projected to give more seasoned runners a shake up in the top five. After Obremski's sub-19 finish time at the Jungle Run in Hope Mills, NC, she has the fastest PR time of this group and is expected to finish at the top.

But with Nicole Ohannesian having yet to race for the 2017 cross country season, as well as knocking her personal best time down by nearly a minute since the last time she raced in the Bo Run Invitational, she could be claiming first place for her senior season.

Along with Ohannesian, senior Alex Rodman has improved her 5k time by nearly a minute since last racing at Bo Run, and her consistency for this season projects her to a big contender for the upcoming meet.

For the boy's championship race, First Flight High School will be the school to watch out for as they currently have three of their top runners projected to place in the top ten. Both senior Skylar Stultz and sophomore Zach Hughes have had their personal best times this cross country season, and have been consistent with improving times each race.

With Hughes having improved his times by well over a minute since he last raced at Bo Run, he could very well be giving projected top finisher junior Jordan Richardson a shakeup for number one.