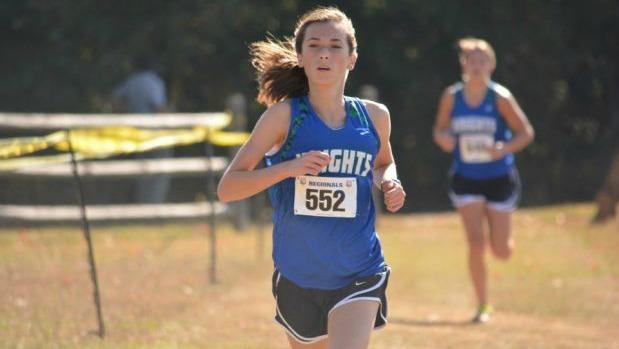 Over the last two season Lake Norman Charter has been the favorites to win the NCHSAA 2A XC Team title.  Unfortunately things juts haven't fallen their way after a 2 point loss in 2015 to Brevard and last season top girl Mariah Howlett left the regional meet with an injury.  Howlett still ran at the state meet, but she limited through the state meet trying to help her teammates best she could.  This year they return their entire team along with 1-2 punch Mariah Howlett and Izzy Evely.  They're back and more hungry than ever after being so close to calling themselves state champions two years in a row.

Mariah Howlett was so good last year running a PR of 18:21 and winning the 2A West Individual title.  On the track Howlett was even better, proving that she had yet again taken her running to the next level.  Howlett ran 5:03 and 10:37 on the track winning her first two NCHSAA 2A Individual State titles dominating both events.  Howlett very well could be the top girl overall in North Carolina as she heads into her senior season.  She's the 6th overall returner, but her 10:37 3200 tells me she can do much more on the XC course.  Howlett and LNC don't normally race in big races, and if they do they're normally not in the top race so they can compete against their 2A competition.  Howlett is a front runner normally, but when you're in a big race that's difficult to do.  She's gotten more familiar with some big races on the track this fall.  In reality, if Howlett was to make Foot Locker or NXN this season it wouldn't surprise me one bit as I think a big season is in store for her.

Izzy Evely is as good as a #2 girl a coach can ask for.  She holds a PR of 18:37, but last season she only ran 19:03, though that isn't too far off from her career best only running faster than that twice in her career.  The last two season Ively was 4th and 9h at the NCHSAA XC State Championships and should be all-state once again this season.  She ran 5:15 this outdoor track season and also took 3rd at the NCHSAA 2A Outdoor state championships.  Though she is a slightly better track runner she isn't anyone to doubt when you see her on the cross country course.  LNC was a big progression from Ainsley Lay on the outdoor track as she went from a 5:56 1600 runner to a 5:29 runner.  Lay's season ended in March though, so there are some concerns.  But if she is back and healthy she's going to be a huge benefit for LNC and will be much faster than her 20:52 PR.

Anna Gartner returns as LNC's #4 girl after a successful freshman year.  She ran 20:52 at the state championships coming up big taking 24th overall.  On the track she ran the 400 & 800 running an 800 PR of 2:36 taking 6th in her regional meet.  Gartner will be more experienced this year and should be hungry to help bring her team to a team title.  LNC has a gap back to their 5th girl but the have a few options as to who it'll be.  It looks like they'll have the addition of Monique Gandy who finished just ahead of Gartner at the team camp race a few weeks ago at App State.  Gandy ran 2:37 for 800 meters as a freshman and should be able to impact the top 5 this season.  Rachel Chi returns as the #5 girl with a PR of 21:06 and on the track ran 5:57.  Chi is a rising junior and showed a lot of improvement last year as she came in with a PR of 23:01.  This could be Lake Norman Charter's final chance to win a NCHSAA 2A Team Title as their stars of the last three years will graduate in the spring.  Will they finally get it done this year?