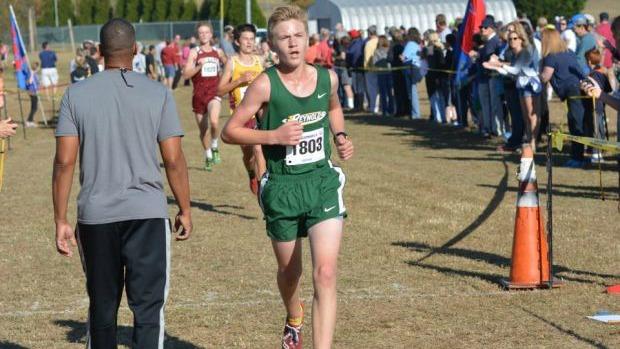 A.C. Reynolds will be extremely young this season only returning one senior in their top 5 this season and are likely one year out from their peak.  But they'll be a force out in the 3A West this season and will likely bring back a regional title if everything goes according to plan.  Though it won't be a cakewalk with strong schools like Asheville, Charlotte Catholic and Marvin Ridge in the same region I'd say A.C. Reynolds will certainly be the favorites heading into the season.  Last year their team brought in freshman star Dwayne Lillie who went on to be their top guy, which is a nice unexpected addition to any team.  Lillie ran 16:22.81 in XC then on the outdoor track he ran 2:01 and 4:35.  Lillie was 32nd at the NCHSAA 3A XC State Championships, but I think he's proven he's much better than that on the track and should contend for an all-state finish as a sophomore.

Noah Clifford is a rising junior and had a really good outdoor season over 3200 meters.  Clifford set a PR of 9:50 and also advanced out of the tough 3A West Region as an individual, taking 7th overall at the 3A State Championships.  Clifford was A.C. Reynolds #2 guy last year with a PR of 16:29 and took 38th at the XC State Championships.  Last year was his first year at A.C. Reynolds after moving from Maryland.  He came in with PRs of 17:51 and 11:13.  I think the longer he stays in this A.C. Reynolds system the better he will become.  I think Clifford's proven he's got a lot more to do on the cross country course and he along with Lillie could be a monster 1-2 this season.  Neil Rogers will be the lone senior in this top 7 and returns with a PR of 16:59 from United Way.  Rogers had a somewhat brief outdoor track season running 5:12 for 1600 and also didn't run indoors.

Lawson Robertson is another rising junior on this squad who seems to have made big strides on the track. Robertson ran 2:03, 4:40, and 10:10 for A.C. Reynolds which lead me to believe he has much more in store for XC than his 17:35 PR.  Robertson made good improvement last year going from the 125th guy at the 3A XC State Championships to the 80th guy last year.  After what he's shown on the track I'd think he'll place significantly higher this season.  Thad McNeil will return as the Rocket's 5th man and focused on the 400/800 outdoors.  He did however cap his season off with a 4:57 mile setting a big PR.  Last year was a breakthrough for him in XC as he was a 20 minute runner as a freshman and got down to 17:38 as a senior.  Though that was McNeill's only race under 18 last season he proves himself that he has fast times in him.  He's been on the varsity squad for two years and will be looking to contribute in a bigger way this season.

Rising junior Henry Klesius also has a strong chance to contribute to the top 5 this season as he ran 10:16 for 3200 meters last spring. As a freshman Klesius ran sub 18 a number of times ending the year with a PR of 17:41.  After an off year last season he's proven that that was just an off year by setting PRs of the track.  A.C. Reynolds will also bring in a strong transfer in from D.H. Conley that has PRs of 17:39 and 4:40 in Lucas Wiley.  Wiley will be a rising junior and was 6th overall at the NCHSAA 4A East regional in the 1600.  Wiley was likely used to training on his own, and joining this talented A.C. Reynolds group could propel him to the next level.  Though I'd imagine his initial transition from Eastern NC training to Western NC training might have been little rough, I think he's going to be able to make an impact on this squad this season.  They'll also bring in a strong freshman in Timothy Barham who ran with Fast Twitch TC this summer clocking 4:32 for 1600 and 2:11 for 800. This team has proven freshman can immediately be successful in this program, so we'll see if he follows in Lillie's footsteps from last season.  This squad has what it takes to be really good this season and I think can be one of the best teams in North Carolina in the 2018 season.