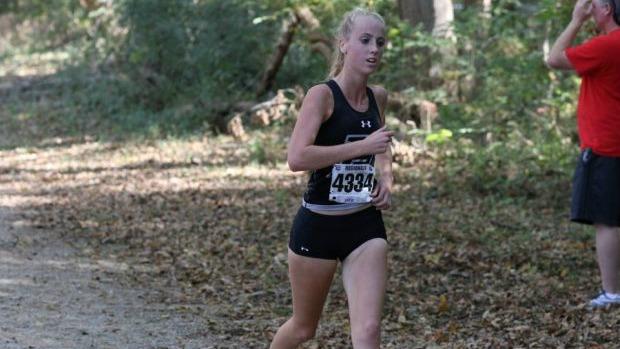 Hough had one of the tightest 1 through 5 gap last season at 29.5 seconds over the 2016 cross country season.  Though they struggled all putting it together on the same day.  The did so at Great American last year and looked like one of the best teams in the state.  Hough will lose Lauren Brodauf, who was a solid #1 for them throughout the season and Malea Smith, who has been a long term factor in their top 5.  Luckily for Hough, rising junior Alexis McDonnell's strong track season makes it seem like she's in for a break out on the XC course.

Though, McDonnell developed into a strong runner for Hough on the XC course last fall, she proved it was no fluke on the track.  She went from a PR of 25:07 in 2015 to running 20:08 in 2016.  McDonnell was very consistent throughout the season running mid to low 20s.  McDonnell went on to have a even more impressive track season qualifying for the NCHSAA 4A Outdoor State Championship and running a big PR of 11:17.06, almost 2 minutes faster than the year before.  She had similar success in the 1600 clocking 5:39 in just one attempt outdoors.  McDonnell looks to come into her junior year contending for an All-State finish individually and should contend for a NCHSAA 4A West Individual title.

Bella Zimmerman returns as Hough's #2 girl with a XC PR of 20:05.00.  Zimmerman had a good indoor season running 5:34, but wasn't able to improve on her 1600 PR from her freshman year of 5:25.  She was Hough's top 1600m runner clocking 5:32 and taking 7th at the 4A West Regional.  Zimmerman was very close to being sub 20 many times last season, running under 20:15 in 4 out of 5 occasions.  She did have a late start to the season debuting on Sept. 24th, nearly a month after the season starts.  Zimmerman getting a big summer of training coming into the season healthy would be big for the Huskies this year where they need her to be a solid low stick.

Ashtyn Smith will be a senior leader for Hough this fall, and is very likely to be their only senior in the top 5.  Smith struggled with consistency during the 2016 season getting times down to 20:00 in the middle of the season, but running in the high 20s or low 21s in her final races.  Smith had a brief outdoor season only running 3 races individually.  Hough will need her to be in top form this outdoor season if they want to return to the NCHSAA State Championship.  After their 3 is where Hough will be looking for answers. Top candidates are junior Taylor Buchan and Sophomore Katherine Reeves.  Buchan was a 5:53 1600 runner last fall while Reeves ran 12:25 for 3200m.  Meghan McHugh was their 6th girl in XC last year only running in 4 races.  We haven't seen her run since the indoor season, but the last name certainly has potential as older sister Maddie (current Ole Miss runner) ran 18:19 in HS for XC and 2:13 in the 800.