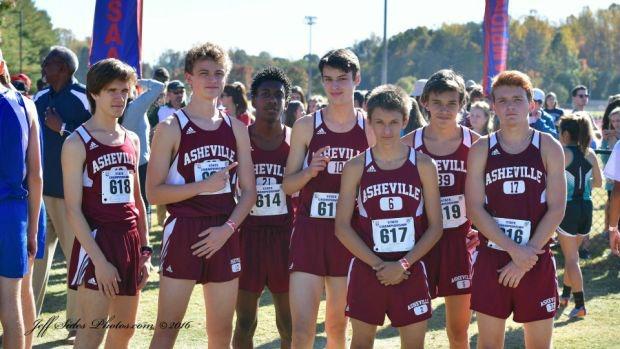 Asheville has been a perennial power in the Western part of the state for a long time now.  This year they'll be a force once again lead by rising star Haven Honeycutt.  Honeycutt broke out tremendously last season starting by running 9:18 to win the Bojangles Classic 3200.  Honeycutt went on to run well through the state championship running 4:19.94 to win the NCHSAA 3A State Championship.  Honeycutt seems like an athlete that still has a lot of growing to go, and he's proved to have a ton of potential still in the bag.  Honeycutt was 4th at the NCHSAA 3A State Championships last year also winning the NCHSAA 3A West regional.  He will certainly contend for an individual cross country state title this year as Asheville remains in the 3A Classification, but two-time individual champion David Melville returns, and 4A runner up from last year Cameron Ponder and Mount Tabor move down to 3A.  It's certainly the most exciting individual battle coming into this season.

The other stud on Asheville's team that was strong on the track was rising senior Davis Turner.  Turner clocked a 17:05.88 last fall, but ran 4:26 on the track with a good indoor season and an outdoor season that fell short due to injury.  Turner is more of a track guy than XC, but I expect him to still be a significant force this fall.

Asheville does have talent returning, but if you look at their track results a lot of guys did not race at all. John Kelly Douglas transferred to Asheville last year as a sophomore and was good in XC running 16:54.  But we have not seen Douglas at all since the early stage of indoor season.  His last race was Dec. 17th.  Isaiah First, rising senior, only has run cross country over his high school career.  He clocked 17:26 last season, but holds a PR from the year prior of 17:10.  With only running one season a year he's certainly been a question mark for them heading into each season, and it takes him a while to get back into the full swing of things.

Santez Booze had done well in cross for a guy that focuses on sprints on the track.  Last year was his first time doing cross and he was in the top 7 for Asheville.  Booze ran 17:49 last year and was 94h at the NCHSAA State Championships.  The ideal plan for Booze would be to focus solely on championship season where team points really matter where he can be a big plus for Asheville. Asheville will look for Booze to challenge for the #5 spot to battle with Henry Lathrop, Elliott Hensley, Ben Brock and Solomon House.  The issue is none of these guys ran track, so it's hard to gauge what kind of fitness they'll have coming into XC.  Asheville does have an advantage of training in the mountain region of the state, and also racing on a lot of truly tough courses.  Their PRs normally seem much slower early on in the season, and when they get to the state meet on a much faster course everything comes together.  If everything comes together for Asheville this is where I see them ranking out this season.  But with a lot of injury concern and guys that only run one season a year it does scare me that they can be lacking a 5th, or lose a big factor in their team in Davis or Douglas that isn't back and healthy.  Only time will tell, but the potential to be really good is certainly there.