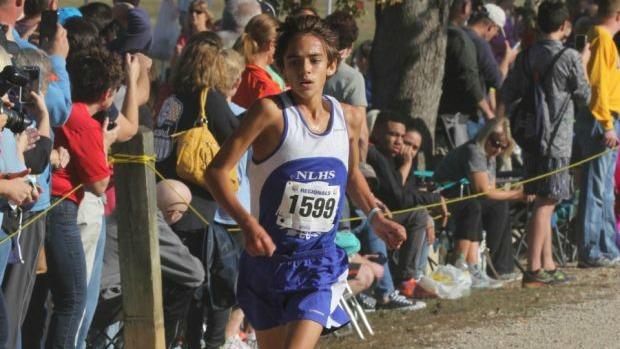 A few years back when North Lincoln used to be 2A they were a perennial power that contended for a team title every year.  After a three-year stint in 3A, the Knights will head back down to 2A.  North Lincoln has the star runner that will contend for a NCHSAA 2A Cross Country Individual Title this fall in Brian Risse.  As a rising junior Risse holds PR in the 5K of 15:58 and is coming off a strong outdoor track season where he ran 4:20 to rank as the second overall sophomore in North Carolina.  Risse emerged as the top guy for North Lincoln last fall and will assume that roll once again as his school moves down to 2A from 3A.

North Lincoln's second overall returner is Jackson Cathey who despite an injury last fall keeping him out for the majority of the season, he still ran 16:47 at NXNSE.  Cathey is a better runner the longer the distance is.  At the beginning of last season before he had an injury Cathey was running as the top guy on this squad, so if Cathey stays healthy this fall I think he has really high upside and can contend for an All-State position in November. Cathey will also likely be the lone senior

Two others that are I expect a lot out of this fall are very strong runners for the Knights is rising sophomore Jason Thomson and rising junior Jason Risse.  Thomson ended the year as North Lincoln's 8th runner on the team as a freshman running 17:52.  He went on to have a very strong outdoor track season running 2:06 and 4:43, one of the top freshman 1600 runners in NC last fall.  Jason Risse battled injury last season throughout the year, but ended in good form clocking 4:32 for 1600.  Jason and Brian and identical twins, and though Brian was better last year I think if Jason can have a healthy season they could be a lethal duo.  Jason only ran 17:40 last season, but clocked a 17:11 as a freshman with potential to go a lot faster heading into his junior season.

I think when things kick off for North Lincoln this XC season they'll have a solid top 4 and will be looking for a solid 5th man.  Candidates for this would be Mason Hodges, Derek Hold and Ryan Davin.  Hodges was the 7th an on the XC course last fall with a PR from 17:50 from Wendy's.  But we didn't see Hodge's on the track last season, so we don't know what we can expect from him.  North Lincoln has a small program with just 21 boys on the squad last season.  Despite this they always produce strong cross country teams every season.  With a young squad with loads of potential I think the Knights could certainly be ranked significantly above this when the season comes to a close. 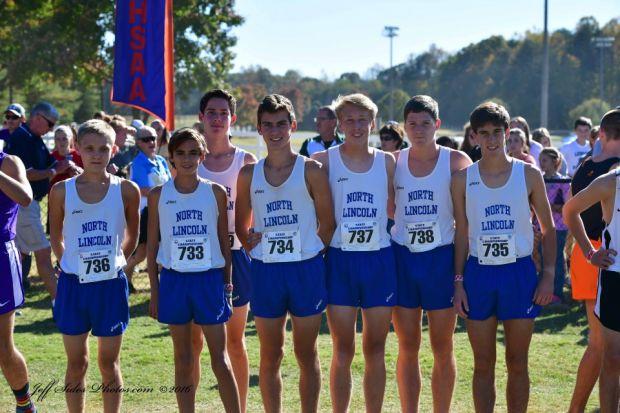