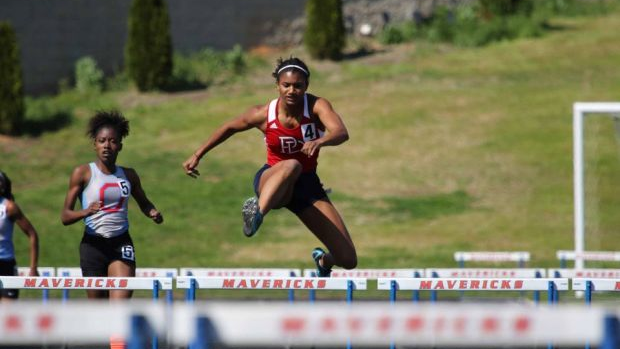 If I've missed any athletes please email me at jcreasy@MileSplit.com.  Archived race video will be available on FloTrack.

Engels is the 15th overall qualifier in the 800 meters and also will run on the DMR team that is seeded #1 in the NCAA this year.  Engels will first run the 800 prelims on Friday followed by the DMR later that night.  Finals will be run on Saturday if Engels advances through the preliminary rounds.  His personal best indoors is 1:47.54 from this season.

Crisp specialized in the 800 meters, but was outside of the top 16 in that event.  But Texas Tech ranks 9th in the 4x400 with Crisp being on the relay.

Koon is entered in the 3K as the 6th overall seed at a 9:05.32.  It looks to be a wide open race as the whole field has a season's best mark separated by 6 seconds!  Koon has shown drastic improvement throughout her college career after graduating from TCR with track PRs of 5:55 and 11:45 and a best 4A XC finish of 32nd. Thought it does seem like she didn't really run, or focus on track.

Davis ranks 13th in the NCAA in the weight throw with a mark of 21.82m, or 71-7.25 ft.  Davis was 3rd in the event at the ACC Championships this season.  This is Davis' second season qualifying for NCAA Indoor Nationals after taking 16th a year ago.  Davis' left Barlett Yancey with PRs of 49-0 in the Shot Put and 118-5 in the Discus.  He's found great success at NC State in both the Weight and Hammer throw.