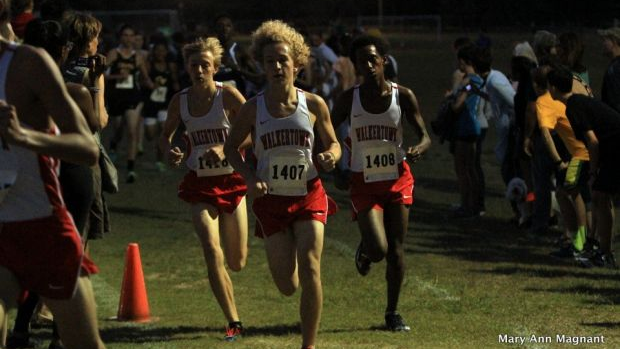 After winning their first state title in school history last season, one of the first things they told me is that they would be back to defend next season. Looking at their team from last year you would think how is that possible?  They returned three guys sub 19 with two guys that were low 17 guys. They graduated Matthew Rogers, Daniel Parmesano, and Donwill Jameson who had been the founding class of Walkertown and helped build the team from the start.  They also have a new coach from last season.  Before the season started I thought it might be a fight for them to qualify a team to states.

But last night at the Jungle Run these boys proved that they were all in where they finished 1-2-3-4-13 in the Boys Invitational Race and are even better than they were last season! Two stud freshman in Jacob Gallant and Corbin Lanowitz are a huge part of their early success.  But junior James Warren going from an 18:22 guy to a 16:51 runner is huge for the Wolfpack this season.

Now we question are the defending state champions even better than they were last season?  We spoke with their team after the race last night.