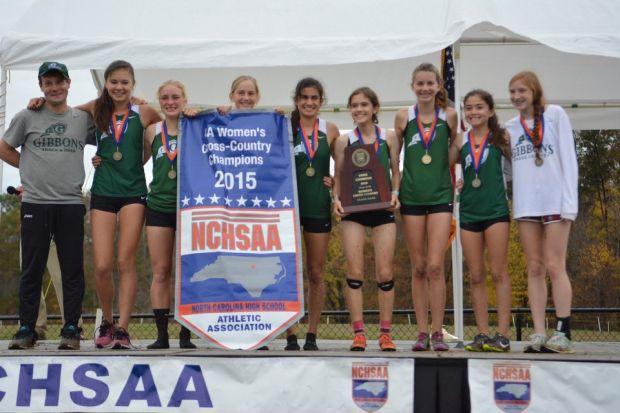 Will we see another title for the Cardinal Gibbons girls? The originator of the Preseason Countdown is back to take on the new webmaster's predictions, plus our newest reporter also weighs in!

As the author of the last five Preseason Countdowns, I have seven years' worth of data in a spreadsheet that I use to help me rank cross country teams in the preseason (more on that spreadsheet tomorrow!).  I shared that data with my worthy successor, Jason Creasy, and he used it to create his first countdown, the one you've been following this month.  I think Jason did a great job with his rankings, but everyone has their own way of looking at multiple sources of data, and there are some places where we disagree.  The new NCRunners webmaster was brave enough to let me publish my own Top 25 to stand beside his countdown, and we'll just wait to see whose list turns out to be more accurate!

We also welcomed new reporter Tommy Delaunay to the staff late last spring, and he added his picks to ours.  What do YOU think?  Voice your opinion in the Forum!  Will any of the NCRunners fans out there be brave enough to write their own version of the Preseason Countdown?