While there are a handful of Texas individuals in the meet, none of the Texas relay teams made the trip (which eliminates 5 of the top 10 squads in the nation).  Also, it appears that several of the top relay teams that are attending have opted for the 4x200 instead of this one, and as a result only three of the top 31 teams in the country are competing.  Nansemond River VA (running as War TC) leads the way at US #7, with Southeast Raleigh NC and Norristown PA the most likely challengers. 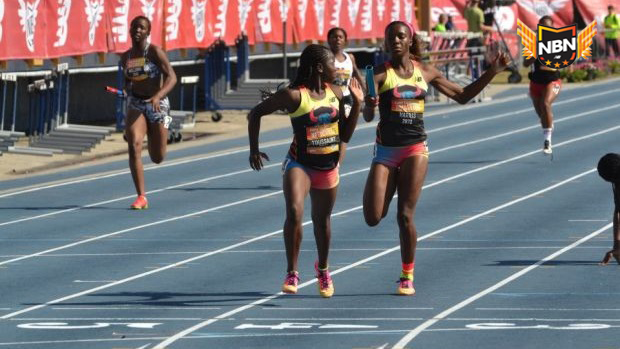 This race, on the other hand is loaded even without the Lone Star teams!  US #2 Miami Northwestern is the top seed, with Nansemond River VA (US #5) not far behind.  US #8 Oak Park MI and US #9 Clinton MS are also in the field, as are a pair of home-state rivals.  US #11 Parkland set their season best in a race where they appeared to lose to US #12 Southeast Raleigh, but the Bulldogs were disqualified for an illegal exchange, taking away a sure sub-1:37 time.  Both schools have something to prove in this race.

This event has an interesting mixture of short-sprint and mid-distance squads, with US #5 Penn Wood PA likely taking on US #8 Miami Northwestern and US #10 Western Branch in the final.  Nansemond River VA could also be a factor, although it's hard to imagine the War TC girls still being fresh after all the relays they're running during this meet!

This could be the most exciting of the relay events for the girls, with four of the top 6 in the country plus a fifth that seems almost certain to join that group.  National leader Western Branch is in pursuit of an All-Time Top 10 mark, having already clocked 8:51.61 this season.  US #3 Ann Arbor Pioneer MI, US #4 Shenendehowa NY, and US #6 North Penn PA are all under 9 minutes as well.  If you add up their season bests, Great Oak (CA) would be at 8:57, so you can definitely include the Wolfpack as podium contenders.  The second group of teams is under 9:10 and hoping to be pulled past that 9-minute barrier; that includes US #17 Ridge NJ, US #19 John Jay NY, and E.C. Glass VA.

This is one of the hardest events to predict out of the whole, huge weekend of action, because it is rarely run during the regular season (and never in the postseason).  The best solution is to look at team 1600 and mile rankings, which show use that Great Oak is the slight favorite (and you can bet they didn't travel all the way across the country without at least one title pursuit on their collective mind!).  Newton South MA and Monroe-Woodbury NY also grade out well in these team rankings.  Other possible contenders include New York powers Shenendehowa and Shoreham-Wading River, Lake Braddock VA (even without Kate Murphy), La Salle RI, and Ann Arbor Pioneer.

Based on current rankings, North Rockland NY (US #2) and Great Oak CA (US #3) look like the top seeds.  Don't be surprised if Heritage Leesburg VA enters the mix with Weini Kelati on the anchor. Shenendehowa NY and Riverside SC could also contend from a very small field of entries. 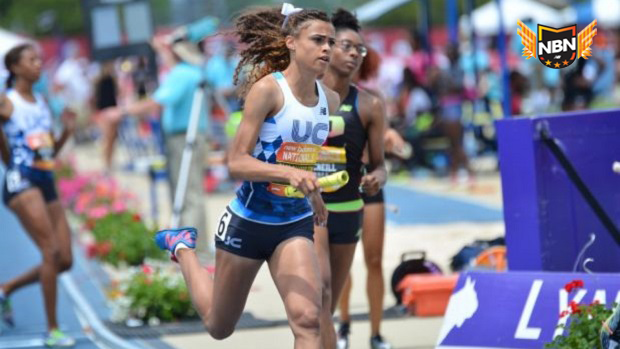 We've now entered the "Union Catholic NJ" portion of the relay preview, as having Sydney McLaughlin on the anchor makes the Vikings contenders in just about any medley where they choose to deploy her.  In this race, the challengers should be Rush-Henrietta NY, Miami Southridge FL, Assumption IA, and Southeast Raleigh NC.

McLaughlin and Union Catholic NJ again, with similar competition as in the more traditional 800 medley above.  This time it's a pair of Miami teams, Northwestern FL and Southridge FL, as well as a duo of North Carolina powers in Southeast Raleigh and Parkland.

Union Catholic NJ is actually the current US leader in this event, and McLaughlin has more than enough cred as an 800 runner to pull off the anchor leg.  If Rush-Henrietta and Sammy Watson were entered, this would be a REALLY interesting race!  As it stands it will still be fun to watch, with US #5 Ann Arbor Pioneer MI providing the main challenge to the Vikings.  This event tends to produce a surprise performance almost every year, primarily because the anchor leg runs as far as the rest of the relay combined, so any team with a powerhouse 800 runner could get into the mix. 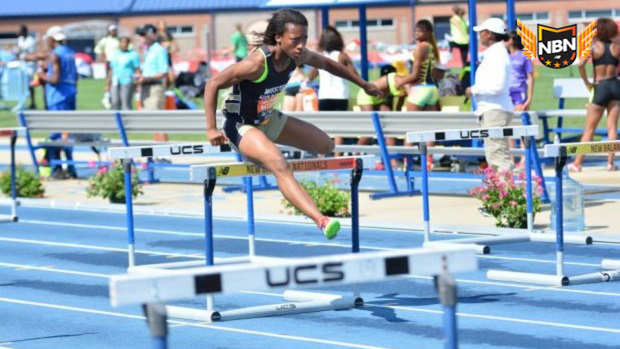 This is the easiest race to pick in the whole meet - no one in their right mind bets against Western Branch VA in this event, right?  Well, hold on for just a second.  The Bruins are still the favorite until beaten, but Miami Northwestern FL actually averages better for their top 5 hurdlers this spring (14.22 to 14.50).  Nansemond River VA could also challenge, making this potentially a close three-way battle.  Then again, Western Branch holds the national record, so...