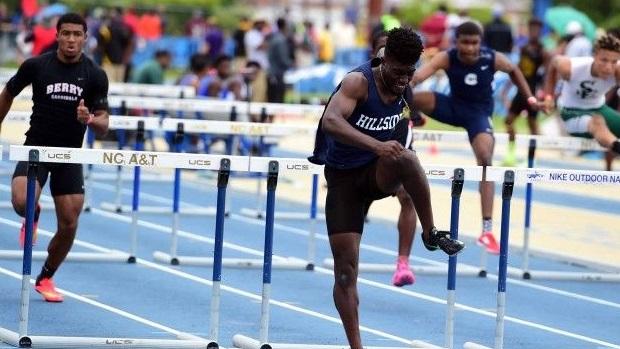 The boys' side of the meet also featured a triple winner, and he also had a singularly praise-worthy performance out of his three gold medal-winning efforts.  Marcus Krah (Hillside) blasted a 13.32 to win the 110 Hurdles, moving him up to US #1 (wind legal) and NC #2 All Time!  Krah has struggle with the long jump outdoors for the last two school years, really, but he pulled out a big 23' 0" jump at the right time, winning by nearly a foot in that event.  He concluded with an emphatic triple jump victory, his 48' 8" mark giving him back the state lead and moving him up to US #11.  Marcus was the biggest reason why Hillside was able to leave A&T with the team championship trophy, and he will surely be missed as he moves on to the next phase of his career. 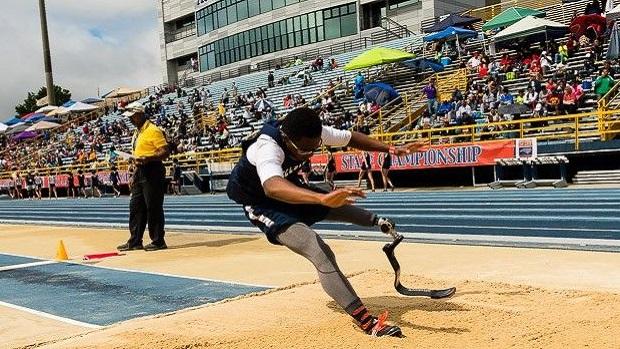 Krah wasn't even the biggest winner for the Hornets, though - at least, not in terms of total medals earned.  That honor goes to Desmond Jackson, who repeated as 100, 200, 400, and long jump champion in the ambulatory division.  Jackson nearly set an American record in the 100 last weekend, but was denied that due to lack of a wind gauge; he wasn't able to repeat that time, but he did break his own state meet records in all four events.  This is a special year for Desmond, as the Olympics in Rio are accompanied by the quadrennial Paralympics, and he will be in contention for a spot on the US team.  And Jackson is just a junior, so we get to experience his inspirational effort for another year here in North Carolina before he writes the remaining chapters of his athletic career. 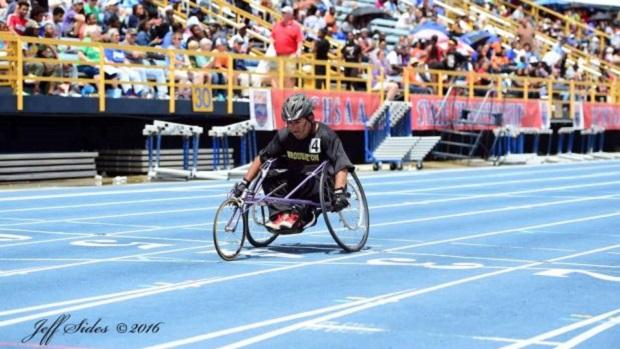 Jackson's medal count was matched by Omar Sanchez (Broughton) in the wheelchair division, and he had quite a bit of competition.  Sanchez defeated Miles Hill (Northern Durham) in the 100, then outraced both Hill and Christopher Coke (Ragsdale) in the 200, all of this after taking both the shot put and the discus.  The best part?  All three will be back next year, as Sanchez is a junior and both Hill and Coke are freshmen. 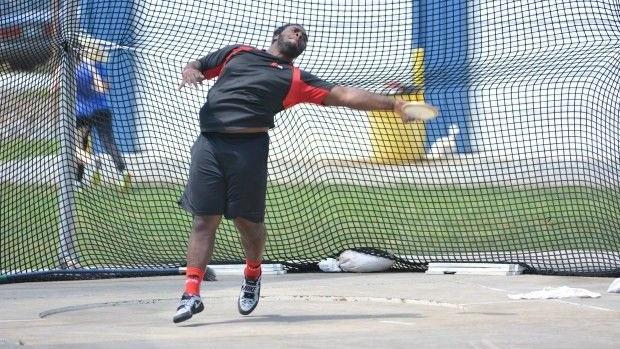 Terrell Adams (Middle Creek) didn't throw over 200 feet again - on the uphill field at A&T that would have been unbelievable.  The senior DID break the state meet record in the discus by throwing 189' 3", allowing him to win by almost 20 feet.  The shot put was much closer, but Adams prevailed there as well with a mark of 58' 1.5"; Daniel McArthur (Mooresville) was second in both events, only 1.5" behind in the shot.  Joseph Ibrahim (West Forsyth) cleared 6' 8" for the first time, moving into a 5-way tie for NC #1 that will have to be broken over the summer. 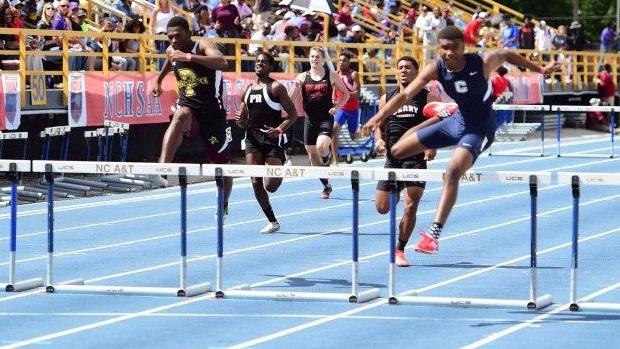 Aside from Krah, Jackson, Sanchez, and Adams, there were no other multiple winners.  There were several performances that altered the state rankings, though, starting with the 100 Dash, where the current top 3 in NC posted their best times of the season..  Cravont Charleston (Mallard Creek) won in 10.38 NC #1 US #5, just barely getting past Daniel Estrada (Northwest Guilford) and his 10.40 NC #2 US #6.  Dontavian Smith (Person) emerged from a crowded field of 200 runners to take the title with a 21.51 NC #2.  The biggest surprise of the day, though, came from Raymonte Dow (High Point Central), who dropped over a second from his previous best in the 300 Hurdles to run 37.39 NC #1.  A close second in the surprise performance category: Jalen Jones (Hoke County) clocking 47.91 NC #2 in the 400, his first time even under 48.50! 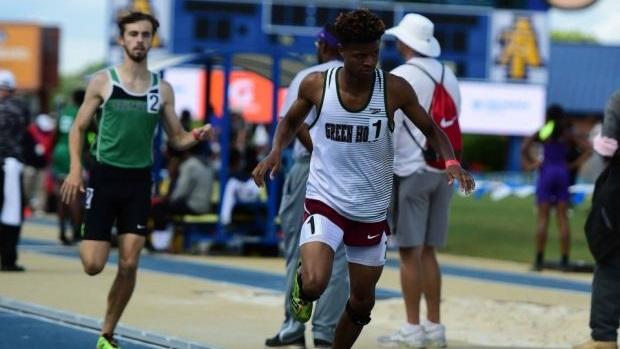