By the end of the meet, the Eastern Guilford girls didn't even need their 4th-place finish in the 4x400 to secure the team championship.  Behind the Wildcats, though, there was an incredible competition for the second place team trophy.  Cleveland had enough points coming into the final event to hold off Chapel Hill and West Carteret, whose 7th and 6th in the 4x4 weren't quite enough to get them on the podium.  A.C. Reynolds also came close, finishing 5th in the team scores only 5 points out of second place!

The boys' competition was just as exciting, mostly because Jacksonville needed a win in the 4x4 to secure the team championship.  That allowed the Cardinals to jump over Southern Guilford for the win, 45 - 42.  Three other schools finished within 10 points of the winner: Weddington, Richlands, and Cox Mill.  You can see photos of the team award winners below, and then move through the next two pages to experience the individual and relay highlights from Friday's meet! 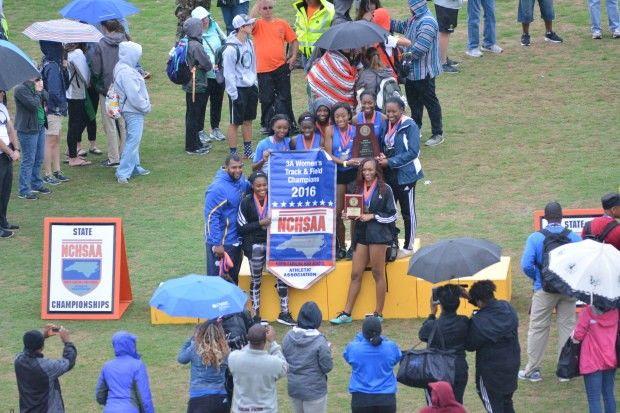 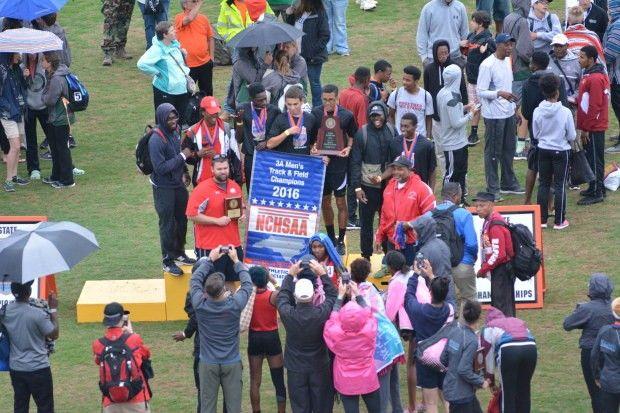 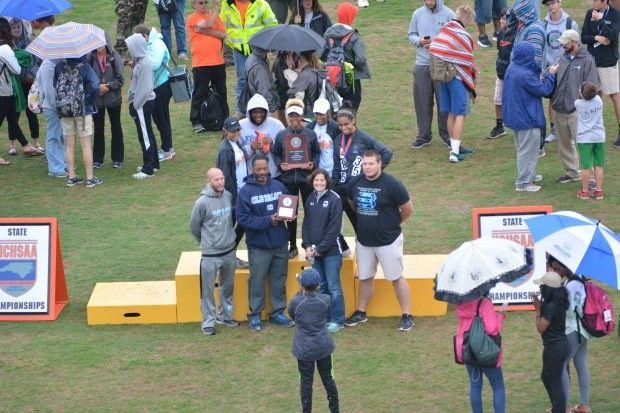 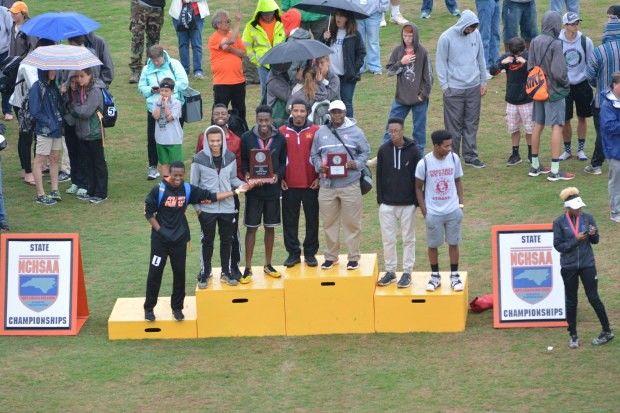