In some state meets the winner barely cracks 50 points, and in others the team champion is well over 100.  It's fairly rare, though, for several teams to be clustered in the 50-60 point range.  That's what we saw for the NCHSAA 1A girls, where Swain pulled out the team win with 65 points, closing with an emphatic 4x400 performance.  North Stokes held on for second place, scoring 56.5 to Winston-Salem Prep's 54 points.  On the boys' side there were only two teams in contention for the title, but their battle was even closer.  Mount Airy won  by a mere 1.5 points over defending champ North Stokes, 57.5 - 56.

You can see photos of the four teams that made the podium below.  Check out the event highlights for both boys and girls on the next two pages! 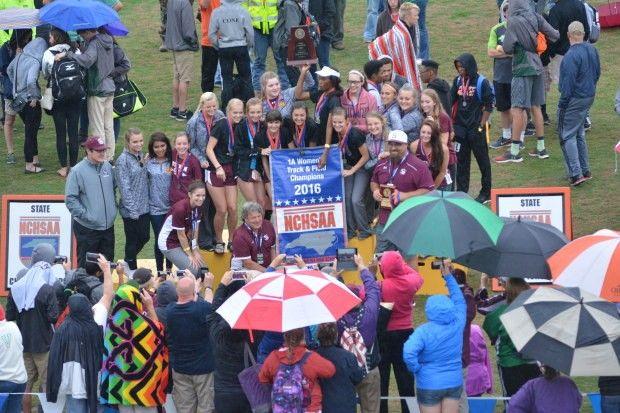 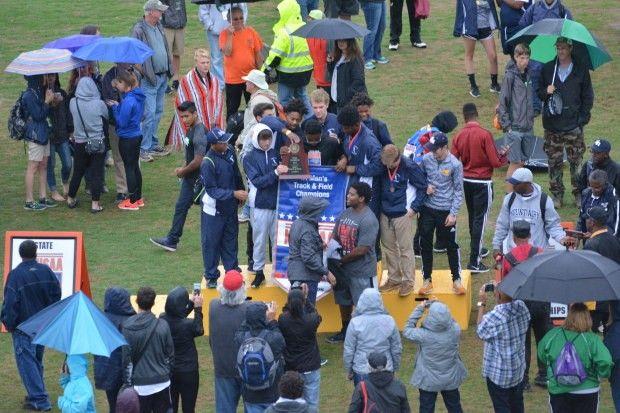 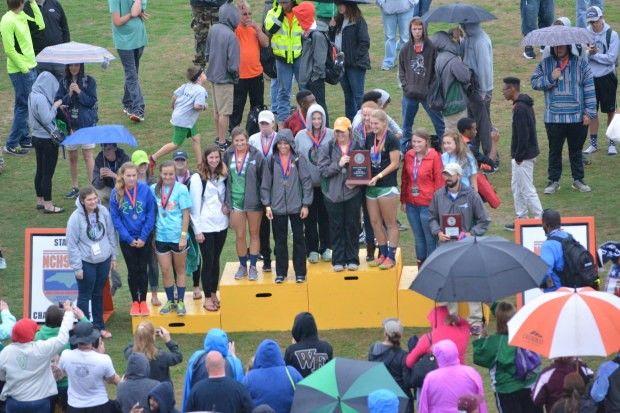 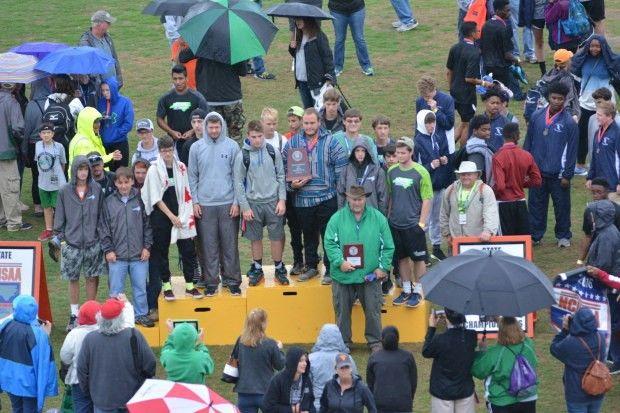