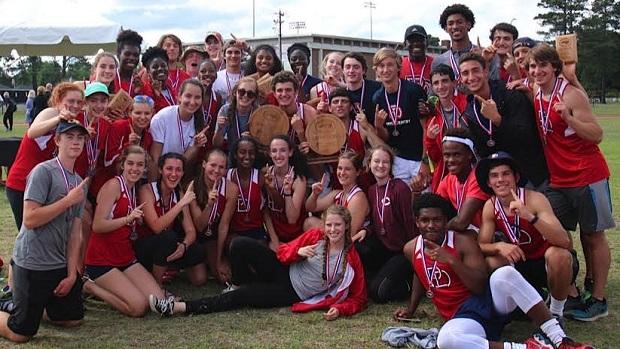 This isn't a championship "streak" any more.  That word doesn't even begin to do justice to the dynasty that Providence Day has been able to build.  On Saturday the Chargers won the boys AND girls NCISAA 3A Championship for the fourth consecutive year! (They also won both the boys' and girls' cross country state titles for three consecutive years, in 2012-2014, giving them 14 team titles out of a possible 16 over that span.)  Providence Day defeated Cary Academy 172 - 94 in the girls team scores and 130 - 99.5 for the boys, both impressively strong performances.

On the next two slides you can find the individual and relay highlights from the meet.  Later in the week we will also run updated All-Classes Rankings, and many of the performances from this meet will be in there!