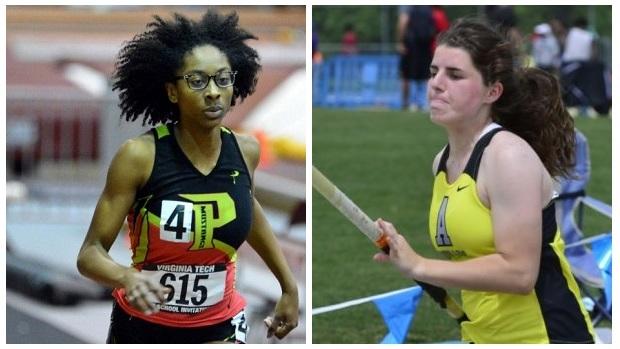 McKinley McNeill (Parkland) and Zoe Early (Apex) are two of the four girls who have led at least one event for each of the last three years. Bet you can guess a third!

As we enter the championship season for 2016 outdoor track, we thought it would be interesting to take a look back at the full careers of the athletes in the class of 2016. In this article, we look at the top 10 girls in every event from their freshman, sophomore, and junior years. As a bonus, we've added an overall top 10 using performances from the last 4 years merged together. You will see some well-known names near the top during all 4 years, but you will also see some athletes that came on strong as juniors and seniors - and a few that left the rankings after showing early promise. Scan through the next four slides to see the evolution of the Girls Class of 2016, and don't forget to check out Thursday's current Top 50 Rankings for senior boys!