Many schools from eastern and central North Carolina gathered for an early start to their seasons at the Tiger Relays in Fayetteville, NC, and that earliness of the season didn't stop any of them from having great performances. Two of these strong performances came from Russell Corbett of Ashley High School, who crushed the competition in the shot put and discus with throws of 53' 7.25" and 141' 7", respectively. In the horizontal jumps we saw Terry Sanford's Kalin Moore and South View's Mason Washington go long for dominating wins; Moore won the long jump with a mark of 21' 4", and Washington won the triple jump with a mark of 44' 2.5". 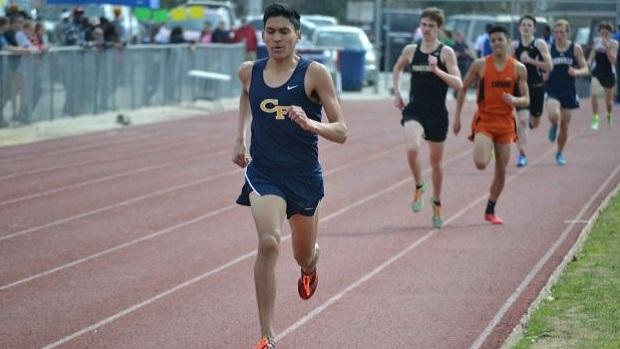 On the track there was another excellent dual by Paul Arredondo of Cape Fear with his wins in the 1600m (4:26) and the 3200m (9:28). That 9:28 essentially matches his personal best, so he got his outdoor season started with his best foot forward. Arredondo's closest competition in the 3200m was Connor Lane of Cardinal Gibbons, who had the fastest seed time going into the meet. With the two boys finishing only two seconds apart, it's no doubt that it was a great race.

Other solid distances races were had by Pinecrest's Adam Horsley in the 1600m and Apex's David Cart in the Sophomore 1600m. Horsley was runner-up in the Invitational 1600m in a time of 4:29. Though Cart ran in the Sophomore section, his 4:35 win is still rather impressive, given that he won the race by ten seconds. 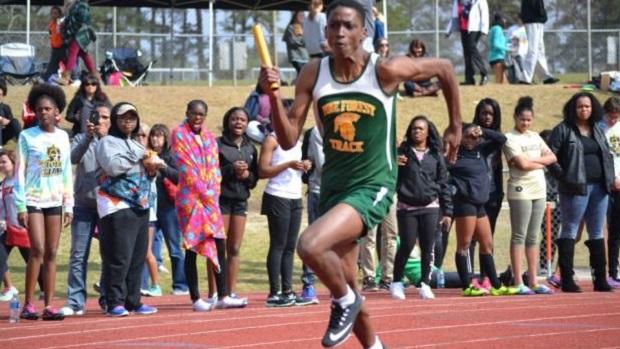 Quite a few of the notable performances from Saturday's girls competition were from the distance races. In the 3200m, Jennifer Stephenson of Village Christian took the win as expected, but she was followed much more closely than our seed times predicted; Stephenson finished the race in a time of 11:20, and Abby Doyle of Cardinal Gibbons ran a 17-second PR to finish the race in 11:31. 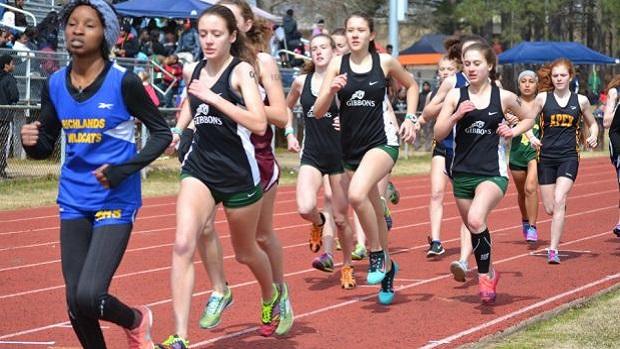 In the Invitational 1600m, G'Jasmyne Butler of Leesville Road took the win in 5:13, just one second ahead of Cary Academy's Sarah Bodmer, whose 5:14 is a new PR. Perhaps even more remarkable than the fast section was the freshman section of the 1600m; Cardinal Gibbons swept the first three spots, and each of those girls ran sub-5:40. This race by Molly McGowan, Anna Guarino, and Angelica Rock makes it clear that the Crusaders are stocked and in great shape to continue with their tradition of excellence in the distance events and cross country.

We saw some quick times come from some of the shorter races as well, especially in both of the hurdle events; Aurielle Witherspoon of Southview took an overwhelming win in the 100m Hurdles with a time of 15.5, and Knightdale's Katlin Ford also won her 300m Hurdle race in dominating fashion with a 45.3. 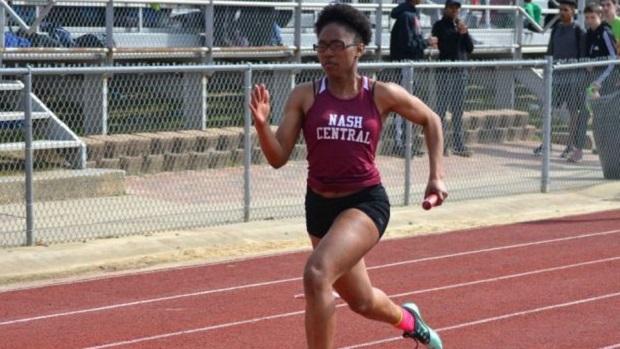 The field event standout of the day was New Hanover's Autumn James and her triple jump of 35' 7.25". That jump was a PR of exactly one foot, so when paired with her second place high jump finish (5' 2"), it's safe to say Miss James had a solid day at the Tiger Relays.