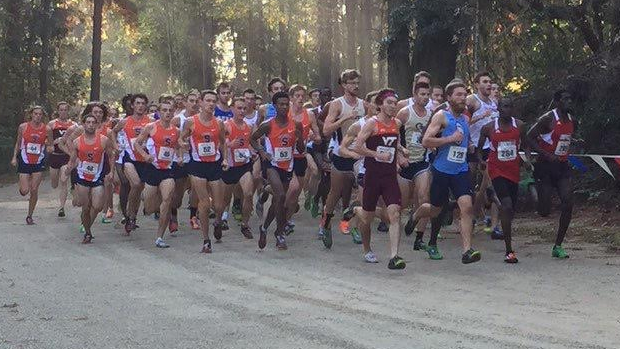 NCSSM alumni Steven Mulherin, who struggled with injuries early in his collegiate career, has put it all together this season as he finished 9th at the D1 NCAA Southeast Regional last weekend.  His finish earned him a spot at the NCAA Championship this Saturday in Louisville, Kentucky.  Mulherin really broke into an outstanding runner during his senior season where he was able to claim a NCHSAA 1A State title and posted the 5th fastest time of the meet.  Below is an interview with Mulherin after his XC state meet victory.  The Tarheel looks to push for an All-American (top 40) performance at NCAAs.

Along with Mulherin, other North Carolina advancers to the NCAA D1 Championships were the NC State men and Women who feature Ryen Frazier, Samantha George, Kaitlyn Kramer, Rachel Koon, Bakri Abushouk, Sam Roberson, and Tanis Baldwin.  Outside of North Carolina colleges, Craig Engles advanced as his Ole Miss squad finished second at the South Regional, and Whitney Thornburg who advanced with New Mexico at the Mountain Regional.