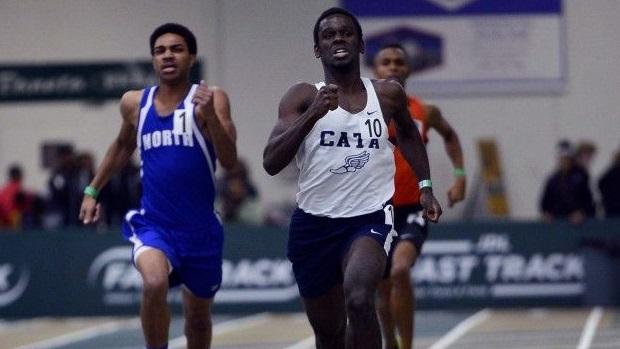 When these two get together in a race, they push each other to the limit, and to higher performances. Let the 800 take center stage in a week when miles and 3200's have been heavily featured!

For the first time ever during track season, the NCRunners Elite Invitational and the Frosh/Soph Invitational are separate events. The meets will rotate among different locations around the state, so that different teams will have a chance to attend. This year's Elite Invitational kicks off at Marvin Ridge on Saturday, while the UNOFFICIAL JV State Championship will be at Green Hope in three weeks.

Despite being on a big travel weekend, the NCRunners Elite Invitational has still been able to draw a very competitive field of teams and individual athletes to Waxhaw this weekend. Hopefully the meet will be able to shine the spotlight on some events that don't get as much recognition. Check out some of the possible highlights of the meet, and if you're in the Eastern Charlotte area on Saturday, drop by to watch!