Note to all athletes and coaches participating at Virginia Tech: Virginia still enforces the old jewelry rule, until the end of this indoor season. NO JEWELRY in this weekend's Virginia Tech Invite. 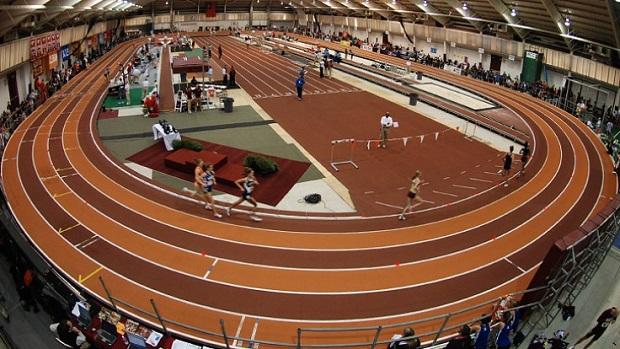 There may not be much room to sit, or even stand, but that track in Blacksburg runs fast!

It's that time of the winter again: the banked curves of Virginia Tech's indoor track have been assembled, and high school athletes will journey there in search of fast times. The track itself, which was once used in Madison Square Garden, provides enough of an attraction, but the meet that has been built up around it over the years is one of the best in the Southeast. It's not just the oval track, either: the facility sports elevated runways for the long jump, triple jump, and pole vault that are built on wooden bases, and they return more energy than a track surface built on concrete. 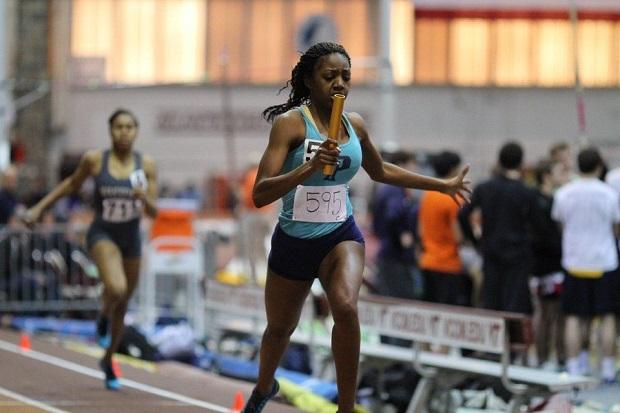 The biggest story among North Carolina entries continues to be Parkland's girls, but the question is not a happy one: will they be at full strength? Erin Morrison was injured at Liberty and has not returned to competition since, and Ila Mumford also sat out last weekend (although that certainly could have been for reasons other than injury, such as family commitments). Even if Morrison is still out, the Mustangs are very strong in the first race of the Saturday session, the 4x200, and they will have stiff competition from Nansemond River (1:39.23 at the Armory last weekend). Any loss of depth, though, will certainly affect the team's ability to perform in multiple events, and may put a dent in their plans to run sub-3:50 in the 4x400. Still, the thought of McKinley McNeill in the 500 against the only girl that has run faster than her this winter, national-leader Lauryn Ghee (Grassfield VA), is tantalizing! The same is true of Ebony Williams and Katlyn Sherman in the 300 on that banked track. The all-time state records are 1:13.87 and 38.76, respectively...you know, just in case that comes up. 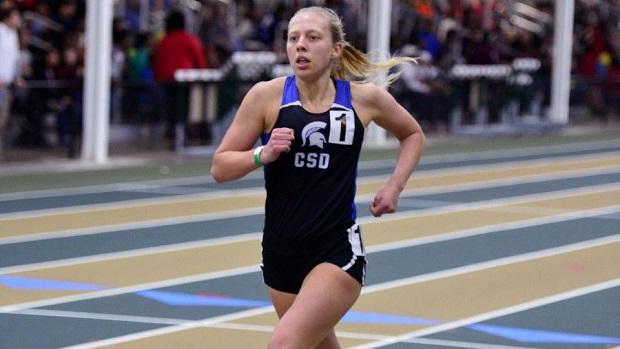 It's not just Parkland, though, and it's certainly not just sprints. In addition to the 300, Williams will run the 55 Hurdles, and she will have a familiar foe in Gabriele Cunningham (Mallard Creek) to compete against. As usual, Cunningham is also in the 55 Dash, where she will be joined by Sherman and Sun-Sara' Williams (Independence), as well as Jawan Miller (Z.B. Vance) and Jakara King-Penn (Reagan) in the boys' race. Kaylan Love-Soles (Rocky River) will compete in both the 500, where he will be joined by Chase Washington-Saunders (Reagan), and the 300. In the distance races, Malia Ellington (Community School of Davidson) and Henry Pehr (Green Hope) will compete in the Invitational Mile races.. Ellington will also join Elly Henes (Green Hope) and Vincent Crisp (North Mecklenburg) in the pursuit of historical marks in the 1000. Kyle Christ (West Johnston), Green Hope teammates Theresa Enright and Katie Tomasi, and Zack Marchinko (Carson) all hold high seeds in the distance races, and Green Hope's girls will be going for a big 4x800 on Friday night. 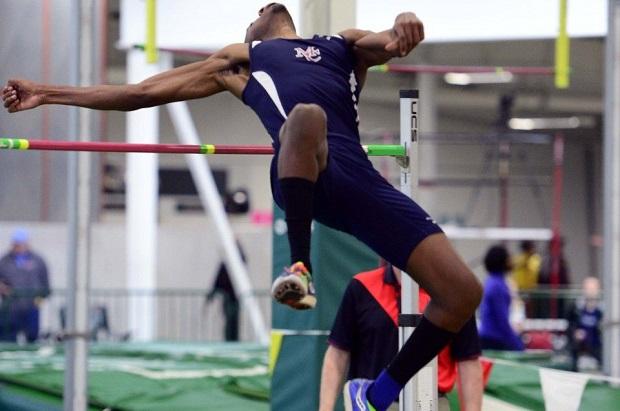 Don't ignore the field events if you go up to watch this meet: North Carolina is packing some serious talent there, too! The best match-up could be Keon Howe (Mallard Creek), US #2 in the high jump, against national leader Grant Holloway (Grassfield, VA). Holloway is almost certainly the best overall athlete in the nation right now, as he also leads the US rankings in the 55 Hurdles and the 55 Dash, as well as ranking 4th in the 300. Alycia Springs (Mallard Creek) has a chance to win whenever she throws the shot put. If Mumford is healthy, she will contend in the triple jump and long jump, the latter also featuring Olivia Walker (Hopewell). Makaila Roberts (Reagan, HJ), Noah Tyson (Asheville, TJ), Cassie Kowalski (Hough, PV), and Steve Fossi-Noue (Mallard Creek, TJ) are among the North Carolina athletes that carry high state rankings into this weekend's meet.