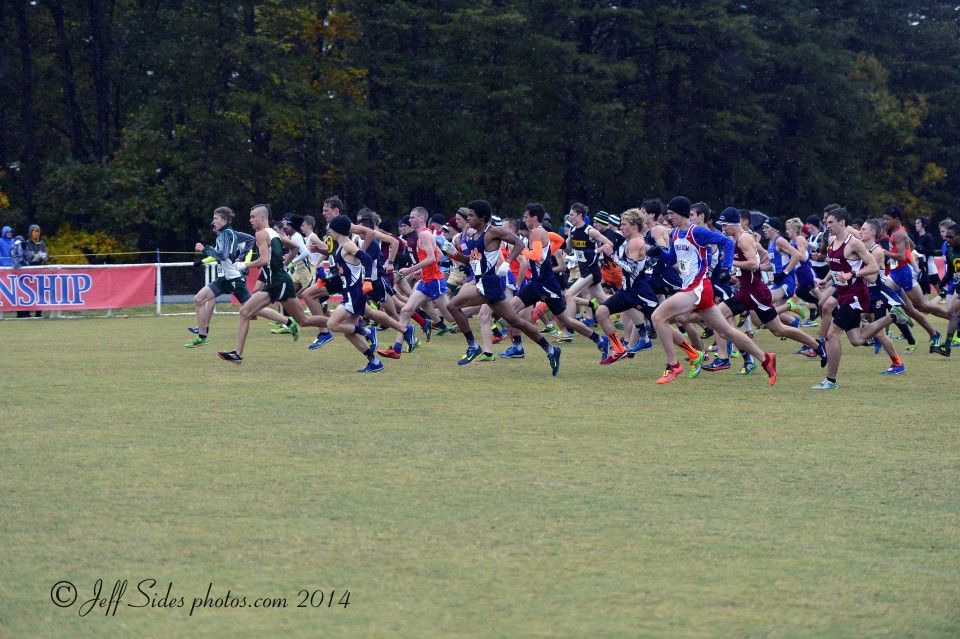 In 2014, there was a small theme running through a few of the state meets (in addition to the overarcing theme of streaks being continued): after winning team championships for multiple years, teams had fallen short of the title in 2013 and were seeking to get back on top.  It was true of the Carrboro girls in 2A, and also applied to the Cardinal Gibbons boys in 3A.  The Crusaders had been upended by Weddington last fall, and with both teams returning significant firepower the 3A race promised to be outstanding.  As the first race of the morning session, the course was as good as it was going to get - it was soft from the rain, and there was significant standing water, but it hadn't been torn up yet by multiple races worth of athletes churning through.  Oh, and one more thing we knew before the 3A race started: Tanis Baldwin is fast.