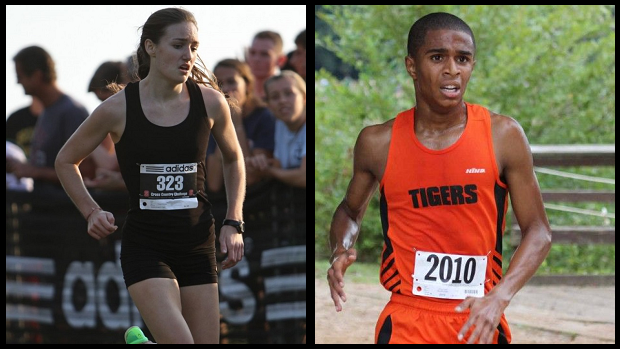 Studs like Phillip Hall and Ryen Frazier take on athletes from twelve different states, while cool weather and the rolling course should lead to some fast times.

The North Carolina favorite in the Girls Race of Champions this weekend is Ryen Frazier (Ravenscroft), who is coming off of a 17:37 a few weeks ago on this same course.  In the adidas XC Challenge, she in ran the college race unattached; this weekend she will find herself contending with some top-flight out-of-state prep athletes for what will be a competitive and strategic race. Elly Henes (Green Hope), coming off of a season best of 18:11, ran 17:42 last year in her peak. With the tight competition of a huge meet on her home course, she should get the green light from her coach and could certainly see the top 10 - if not the top 5. Green Hope High School will probably be the only NC high school in the top 10. Their 2-5 runners have season bests separated by 10 seconds and will all try to break 19. If they can do this, they have a very good chance of making the podium in the top 3. 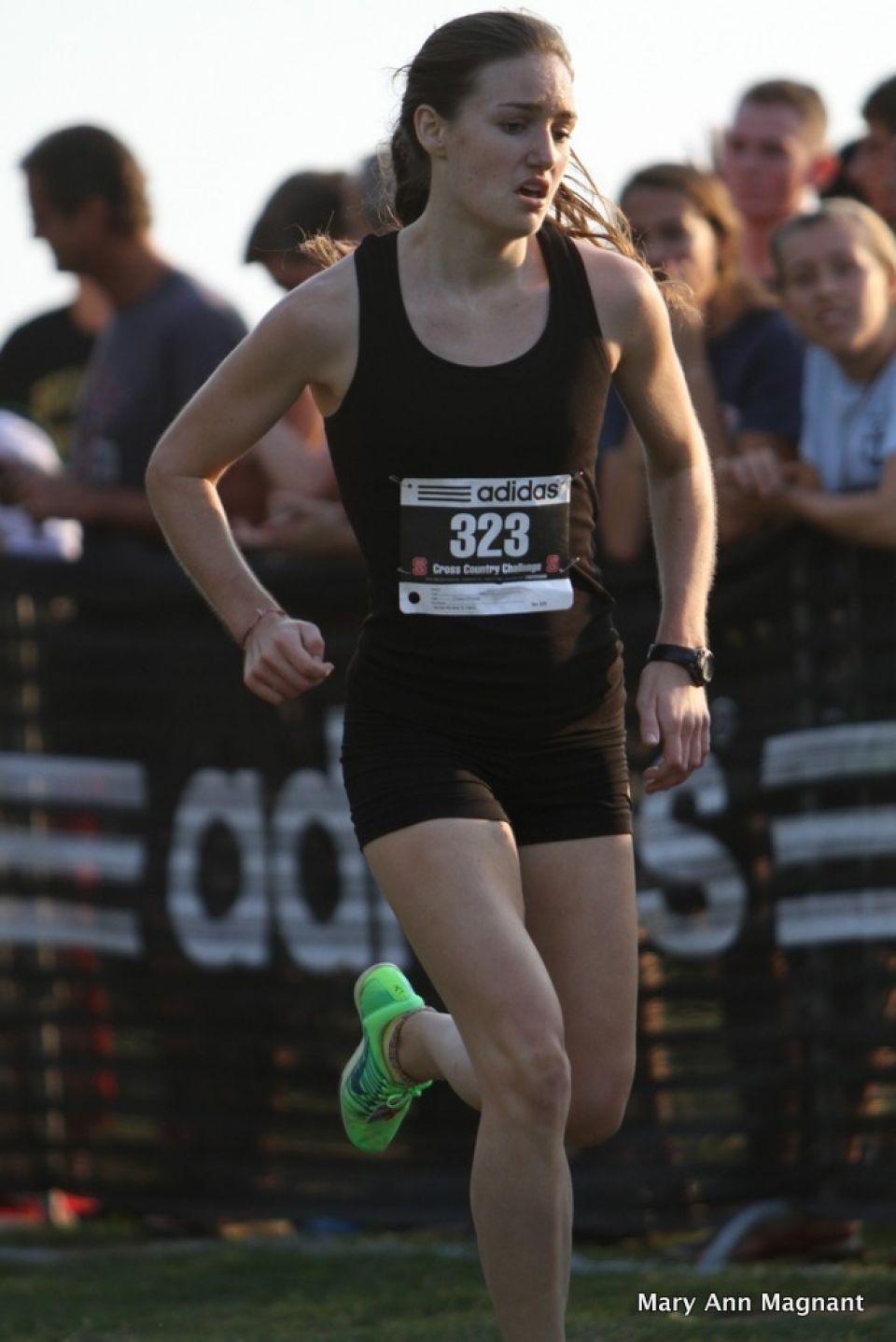 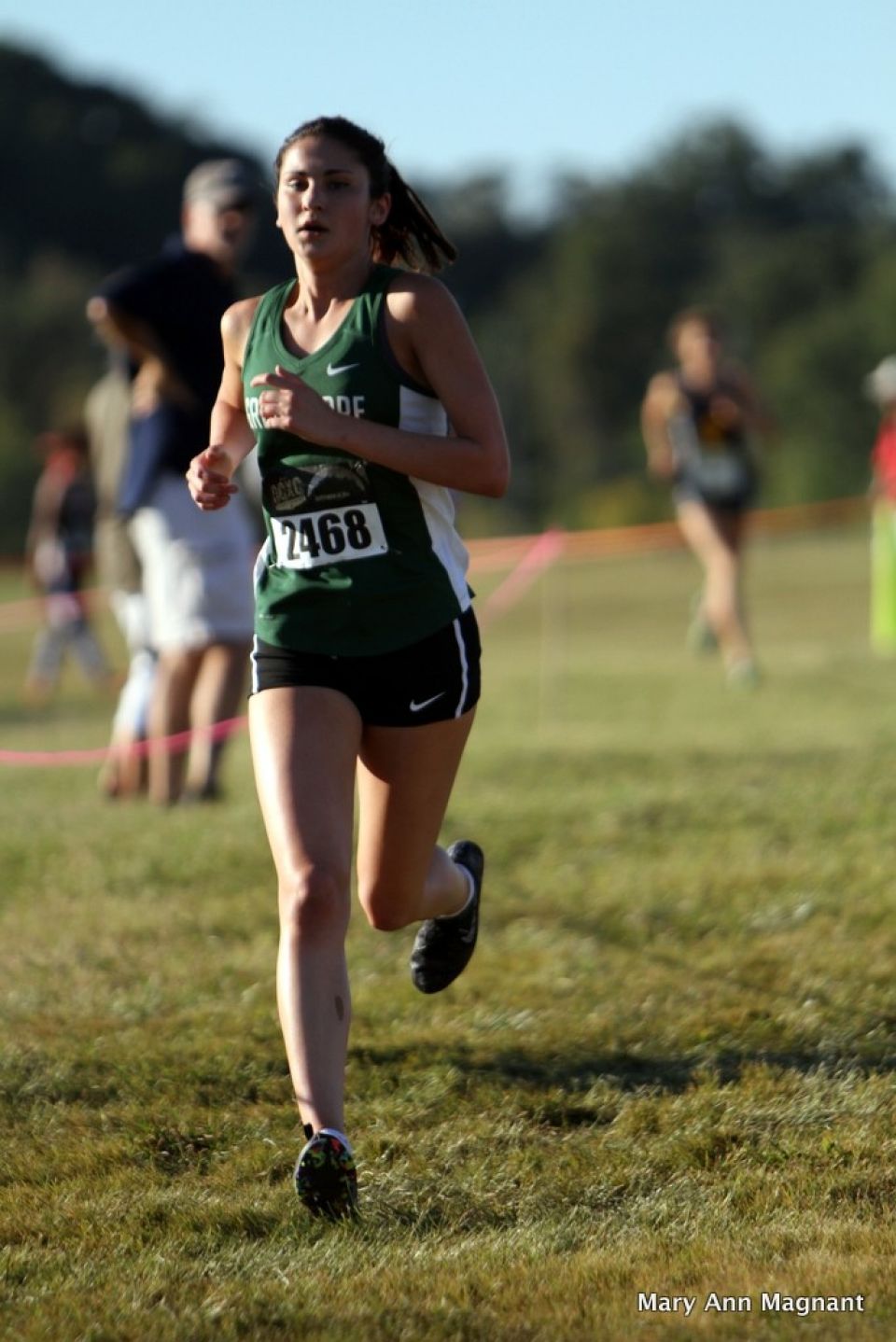 Phillip Hall (South View) is the favorite in the Boys Race of Champions this weekend. He ran a 15:12 two weeks ago on this course and a 15:11 last year at this meet - both times could be good enough to win this weekend. We will be watching to see if he could finally break the 15 minute mark, as well as continue his undefeated season. The other NC favorites include Nick Linder and Jack Paddison from Providence Day School. Look for this 1-2 punch to make their way into the top 15 with blazing times, coming off of PR’s two weeks ago at McAlpine. South View is North Carolina’s best team coming into this Championship race, with a legitimate shot at finishing in the top 2. Their chances could be better if their 2-4 all break 16 this weekend, which is highly likely. This should be a sensational race, as NC will be rooting for South View to become the first team from our state to win this race (and only the second team from the home state of the meet). 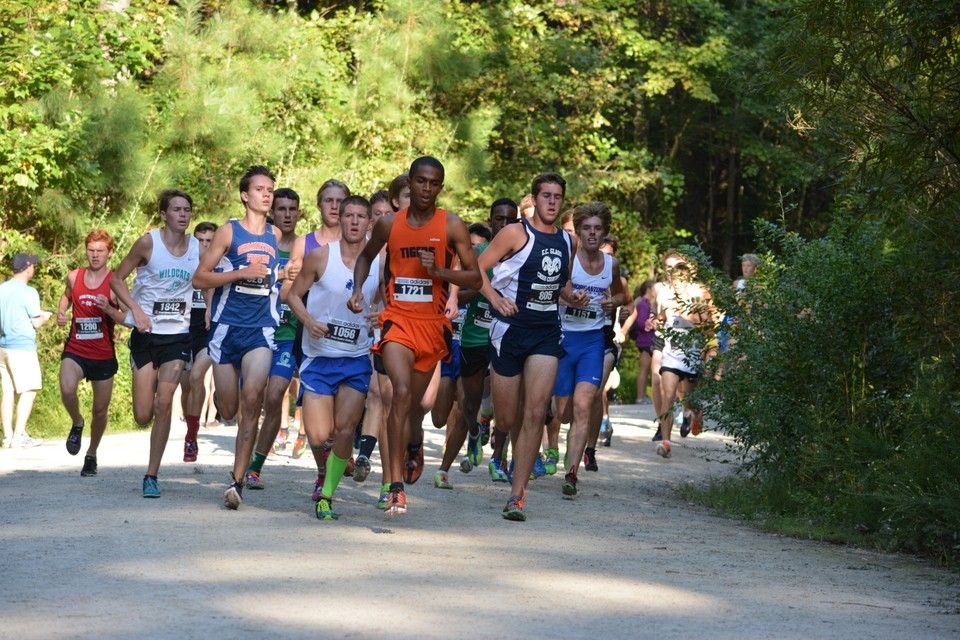 The Girls Seeded Race has quite a few North Carolina athletes represented, and it should be nearly as competitive as the Race of Champions. There are six home state runners that could break into the top 10 this weekend, making for an exciting race. Kayla Holder (Wake Forest) is the NC favorite, coming in with an 18:13 this season and will be running for 2nd place. Annie Hetzel (Grace Academy) and Maddy Ringenbach (Ravenscroft School) both have times under 19:15 and are looking to place in the top 5 as well. Providence Day School has Emma Brown and Clare Landis in the race, making this an early NCISAA preview for those 4 individuals.  Unfortunately, none of the teams from North Carolina in this race are really in a position to take home a trophy, but the individual race should be very interesting. 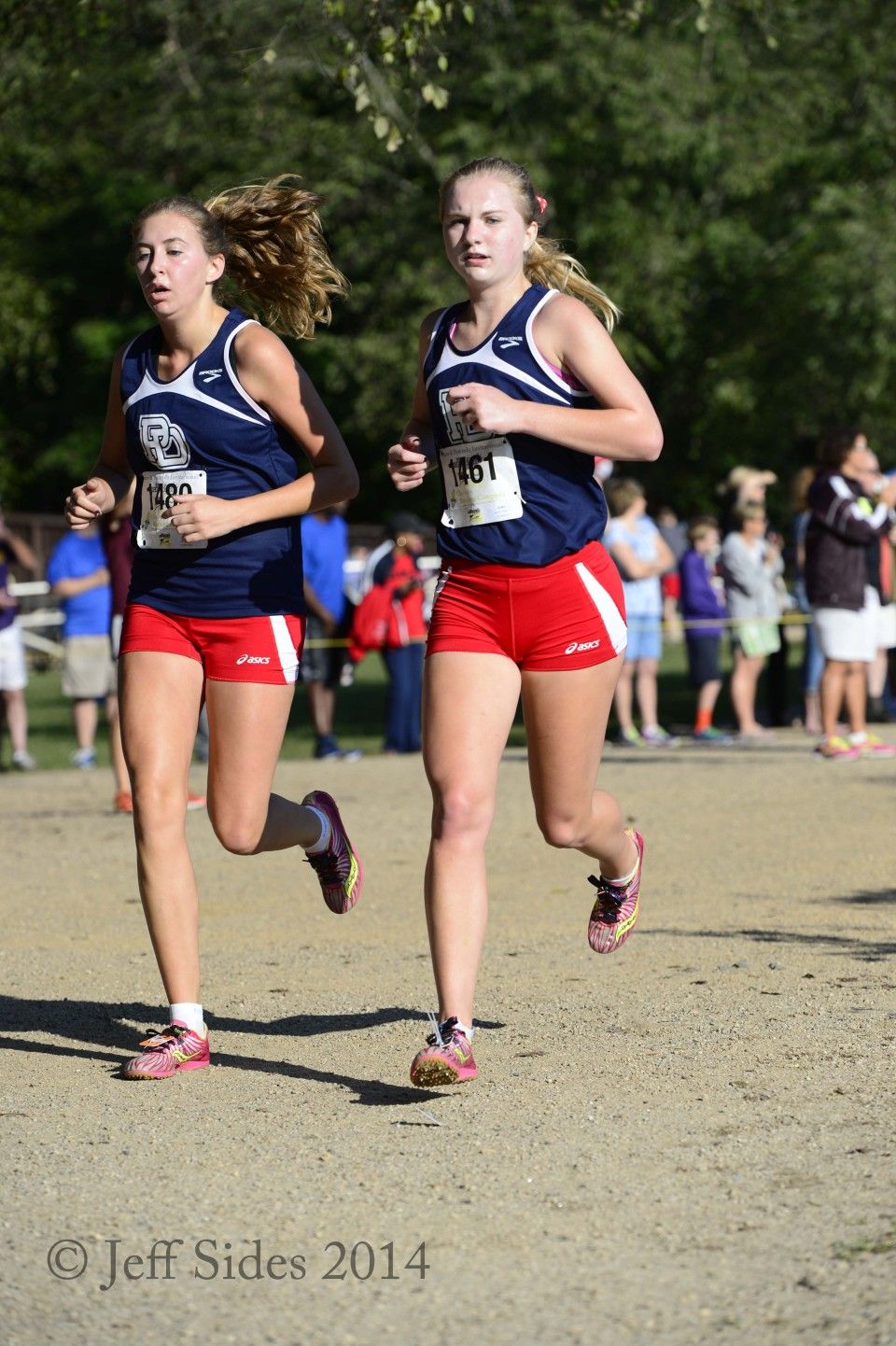 In the Boys Seeded Race, Northern Durham’s Colton Lawson will quest to break 16:00 and make the top 5 for the North Carolina boys this weekend. Tucker Cera of Millbrook is the only other NC boy who comes in with times under 16:20. That won't be the case AFTER this race, though: other notable boys to watch include Brett Haensel (Ravenscroft), Tyler Trocinski (Millbrook), Frank Cline (Robbinsville), and Nikolas Silva (Durham School of the Arts) who could find themselves in the top 20. Team scores-wise, Millbrook is North Carolina’s best hope of making the top 3, as they are predicted by the virtual meet to be in 4th place going into the weekend. 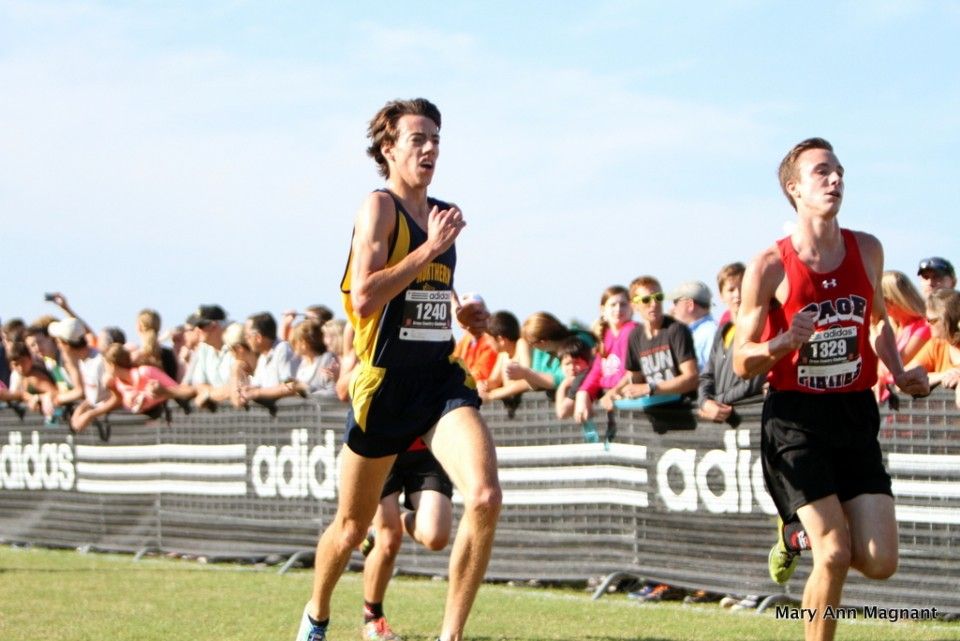 North Carolina is heavily represented in the Varsity Red Races, and there is an excellent chance that at least one of the team trophies will stay in the state.  The top two individuals coming into the Girls Varsity Red are from outside the state, but after that the top 10 should be dominated by runners from the Old North State.  The team scoring in that race is shaping up to be the closest of the 8 varsity races at Great American, with 5 teams projected to be within 22 points of each other.  New Hanover and Pinecrest are definitely in the mix, and hopefully both will end up on the podium.  In the Boys Varsity Red, St. Xavier (KY) will be very difficult to beat; the team is stepping down to this race after being in the ROC the last two years, and they have a strong tradition of success.  Green Hope's boys are within striking range if they run well, though.  Individuals like Henry Pehr (Green Hope) and Madison Daniel (Research Triangle) might be able to crack the top 5 with a good performance. 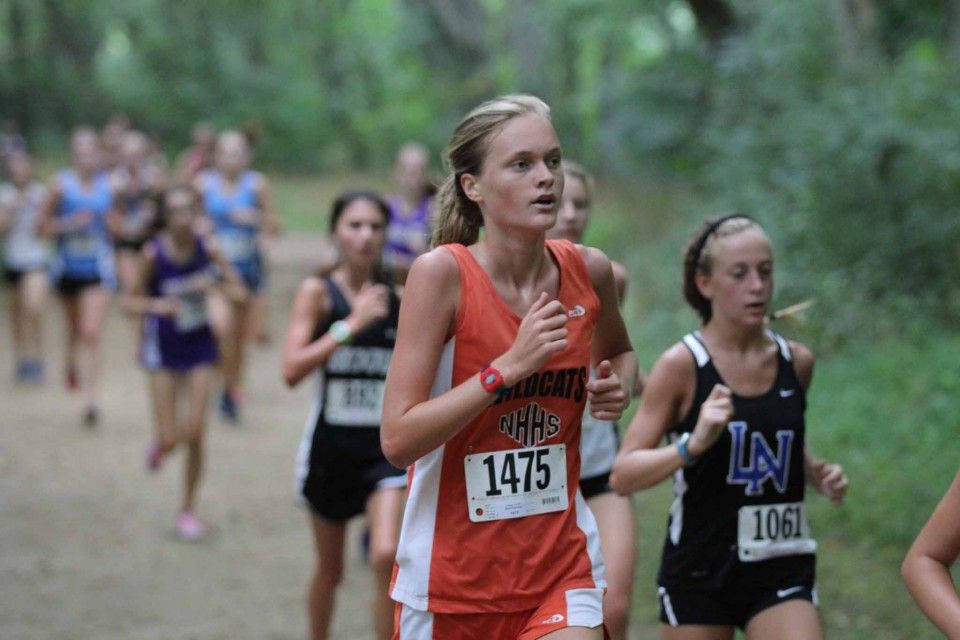 The Varsity Blue Races are the reverse of the Varsity Red: there are several boys teams in good position, but the girls' race has less North Carolina representation.  Melanie Park (St. David's) has had an excellent start to the season, and she will have a legitimate chance to take the individual win in the GIrls Varsity Blue, but it will be tough for any team from our state to crack the top 5 against solid out-of-state teams.  In the Boys Varsity Blue, Bethlehem Central (NY) is the favorite, but home-state teams like Southeast Raleigh, Fuquay-Varina, Wake Forest, and Athens Drive will be in contention for the top 3.  It looks like the battle for second will be pretty intense, and there are at least 9 teams in this race that are capable of making the top 5.  Parker Lee (Fuquay-Varina) got an individual win in this race last year, and he will be gunning for another, though he will have some close competition. 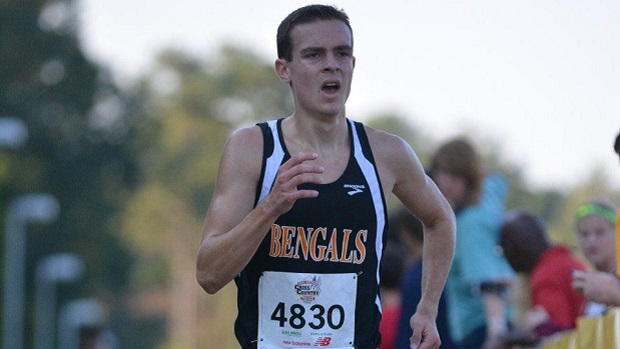