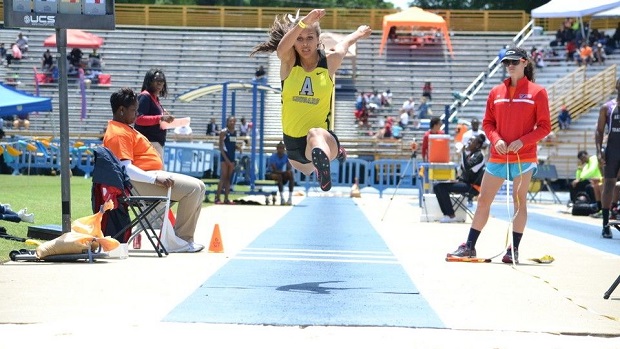 The rising senior at Apex was already known for great long-jumping, but she blasted into the national rankings in the triple this spring.

Apex sprinter/jumper Syndei Murphy has been named to the MileSplit All-American Teams for both the Long Jump and the Triple Jump, the only one of two North Carolina females to make two such lists.  Also named track & field athlete of the year for the state by the Gatorade recognition program, Murphy is a rising senior and will have a chance to follow up her success with an encore in 2015.  Check out the national announcements below: