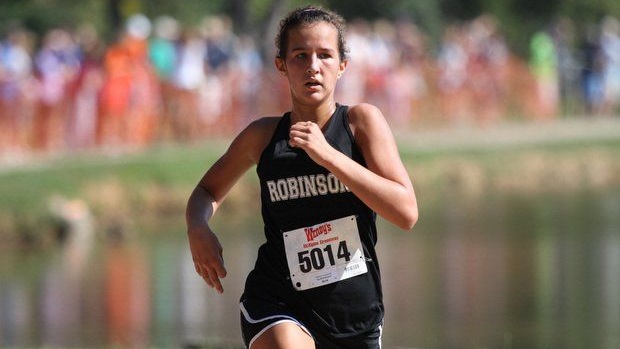 Natalie Andrejchak, one of the top runners in the state, will try to power Jay M. Robinson to the 4A state meet.

This has been a program on a steady rise over the last three years: 11th in the 3A state meet in 2010, 9th in 2011, and 5th last fall. The move to 4A will greatly increase the challenge on both the team and front-runner Natalie Andrejchak, who would have been in the conversation for 3A individual title contenders.  Depth could be a bit of a problem if the top 5 girls don't stay healthy, though, and any of the top 3 would be especially tough to replace.  Robinson's girls need a strong summer to prove that they haven't reached their ceiling already.

One of the stronger programs in the state over the past six or seven years, this team has been hit hard by graduation.  There is still talent, though, and good depth (especially considering the size of the school).  The one weakness in the returning team appears to be the large gap between their fourth and fifth runners; if one of the Hawks' depth runners can step up to fill that spot, they will be contenders in the NCISAA 3A division.  That improvement will have to come over the summer: although Latin's top three showed good development during track season, there wasn't much from the rest of the returning top 7.

Lately, Weddington has been able to manufacture solid teams on both the boys and girls side, even when it seems like graduation will drop them down a peg or two.  That seems to be the product of a strong summer program, as their development during the winter and spring doesn't really jump out at you.  Morgan Garrett could be the latest in a string of good #1 runners for the Warriors if she has bounced back from a bit of a rough spring season.  This team has real depth, too, in that there is always someone else right behind each runner, which helps to take the pressure off and allows for more consistent team performances, even as individuals have good or bad days.  If these girls buy in over the summer, expect Weddington to continue their string of state meet appearances.