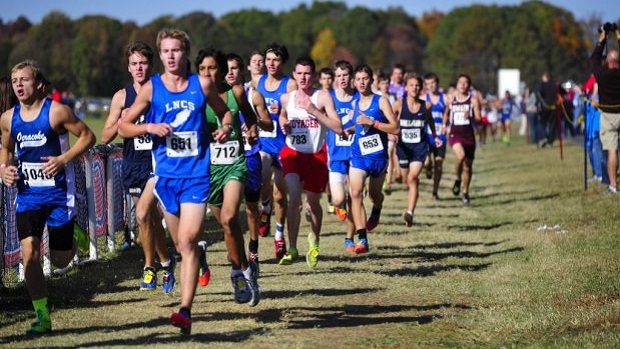 Three years of near misses have elevated the hunger level for Lake Norman Charter, and 2013 looks like the year.

NCRunners is counting down the top 25 boys cross country teams in the state, from all classifications, in preparation for the start of the fall season.  The top 3 boys teams will be revealed on August 1st, which is the official first day of practice.  For a more detailed explanation of how these rankings were developed, see this article.

The last 3 years have been somewhat frustrating for the Knights: although they have been a very strong program, they have finished third, second, and second again in the the 1A state meet.  This year's squad would like nothing more than to break through and win a state title, but a move to 2A could get in the way.  LNCS returns a balanced team with a strong top 5 and solid depth.  As an added bonus, the Knights have a tandem of #1-caliber runners, which should alleviate the burden of having to lead the team and set the pace every single race.

It is almost the exact same story for the Pioneer boys as it was for the girls: the graduation of a very strong senior class, coupled with a shake-up in the coaching staff, could make this a bit of a rebuilding year.  There is young talent, however, as only two of the top 7 returners are seniors this fall, and Watauga has a potential individual star developing in Michael Holland.  This team ranks third in the 4A West coming into the season, and taking this many returners to the state meet would be an excellent step back toward the top 10 in 2014.