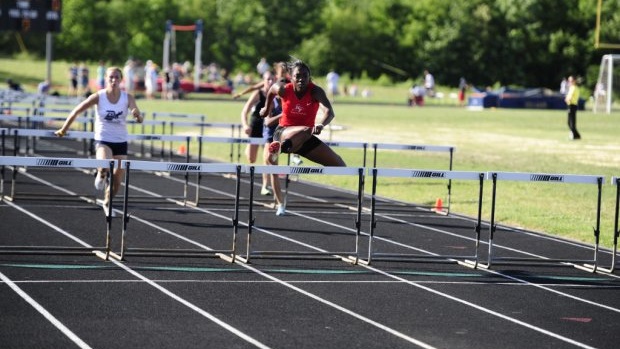 The Clayton senior has been running fast hurdles races for several years, but really broke through last summer.

As New Balance Nationals come around once again, that means Mollie Williams is getting ready for her best performances of the year.  That's how she operates, as we discuss in this interview: Mollie hits her stride in May, and continues to run well and improve throughout the summer (and there is a good reason for that).  The Clayton senior first attracted national attention in her sophomore year, and then really broke through last summer, becoming one of the top hurdlers in the nation.  It was quite a run, too: she started with a 13.70 in the prelims of the 2012 4A state meet, followed with a wind-aided 13.66 in the finals, then ran 13.76 at NBN and 13.75 in the USATF Junior Olympic Regional.  I have a sneaking feeling that we might have an even better run in store this summer!  Mollie is also delightful to talk with, very well-spoken, and is as much of a veteran as you could possibly be at her age.  Her attitude and work ethic are impressive, and that means we can look forward to even more from her in her college career.