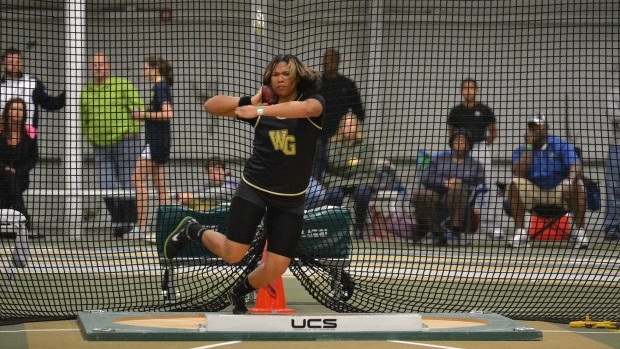 The Western Guilford senior leads the state in the shot put, and she is far from done when it comes to her goals.

Western Guilford's Bre'anna Warren has done nothing except continue to get better over the last few years.  Already the top thrower in the state this winter, she uncorked a 44' 7" throw two weeks ago that moved her into third place in the national rankings, as well as third in North Carolina history.  She has impressive goals for this spring, and it will be interesting to see if her improvement in the shot put also translates to the discus.  Warm weather could bring even more explosiveness for the shot put, and that could cement her as one of the greatest throwers in state history (an just maybe put her in range of the all-time state record).  Given her success this winter, one thing is certain: Bre'anna will have plenty of invitations to major invitationals to provide her with top-flight competition this year.  Bre'anna responds well to competition, so that's a good thing for her fans, and fans of the sport.